Nearly one-third of non-Hispanic Black young adults in the U.S. have hypertension

by Adam Pope
A study conducted by UAB investigators shows that nearly a third of non-Hispanic Black young adults nationwide have hypertension, and the control of high blood pressure in all young adults is only 10 percent. 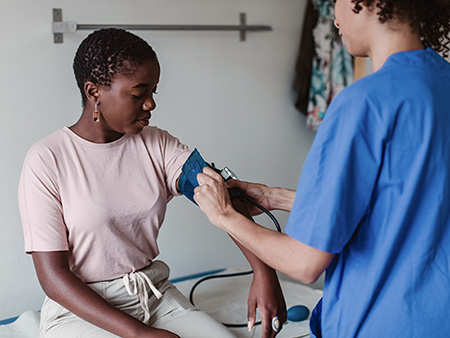 A study conducted by UAB investigators shows that nearly a third of non-Hispanic Black young adults nationwide have hypertension, and the control of high blood pressure in all young adults is only 10 percent.A new study published in the Mayo Clinic Proceedings by University of Alabama at Birmingham researchers shows that, in a nationwide survey of young American adults age 18-44 years, nearly a third of non-Hispanic Blacks and a fifth of non-Hispanic whites and Mexican Americans have hypertension.

Vibhu Parcha, M.D., a clinical research fellow in the UAB Division of Cardiovascular Disease, says that exposure to high blood pressure early in life causes changes in the structure and function of the cardiovascular system, thereby putting individuals at an increased risk of fatal conditions like stroke, heart attacks and heart failure.

Parcha says young adults are often neglected in blood pressure screening and treatment as the problem of elevated blood pressure is usually considered a condition of middle-aged and older adults.

In this investigation, Parcha and his team analyzed 2005 to 2016 data from the National Health and Nutrition Examination Survey (NHANES), a biannual survey conducted by the Centers for Disease Control and Prevention (CDC), in American adults age 18-44 years.

“The examination of the NHANES data allowed us to see at a national level the scope and extent of racial disparities in prevalence and management of hypertension in young American adults — an age group frequently neglected in the preventive efforts to reduce the adverse future consequences of high blood pressure,” Parcha said.

Researchers found that, in young American adults, the prevalence of hypertension was roughly 30 percent among young non-Hispanic Black and roughly 20 percent among young non-Hispanic white and Mexican Americans through the 12-year study period. These high-prevalence rates were accompanied with very low awareness and treatment rates. The control of elevated blood pressure was roughly 10 percent across all racial groups.

“Socioeconomic and demographic factors such as poverty, education, access to health care and health insurance status play an important role in the racial disparities observed in cardiovascular health,” said senior author Pankaj Arora, M.D., a physician-scientist in UAB’s Division of Cardiovascular Disease. “We observed that possibly due to numerous factors the prevalence of hypertension was greater in non-Hispanic Black young adults. Our study findings highlight the existing pattern of racial disparities in cardiovascular risk factors at a national level, which are evident starting very early in life. Young adults who are generally considered ‘healthy’ may already have high blood pressure that is not being adequately treated.” 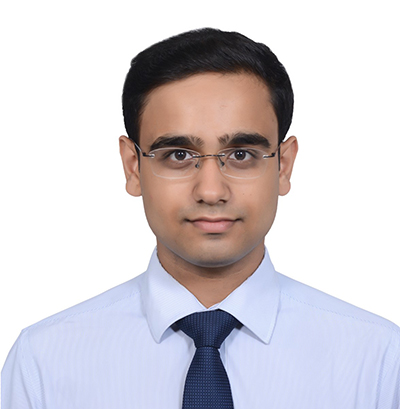 “What is most surprising is that only about 10 percent of young American adults across racial groups have their blood pressure under control, and we are concerned that this may decline even more due to limitation in the access to health care due to COVID-19,” Arora said. “We need to prioritize our efforts and urgently work toward the prevention, treatment and adequate control of high blood pressure among young adults.”

“These healthy habits need to be practiced early in life so that people do not develop the debilitating and potentially fatal cardiovascular diseases later in life,” he said.

This work was supported by the National Institutes of Health grant, and the UAB Minority Health and Health Disparities Research Center research grant awarded to Arora.