by Bob Shepard
UAB’s exploratory Alzheimer’s Disease Research Center will address a coverage gap in the Deep South of the nation’s ADRC network. 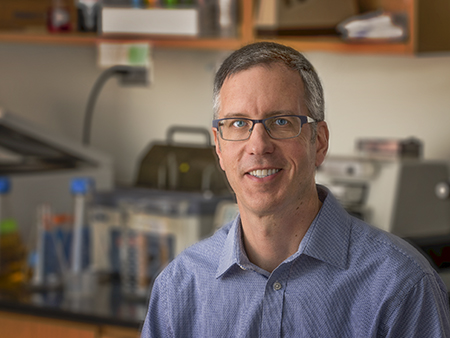 Erik Roberson, M.D., Ph.D. director of the UAB Alzheimer's Disease Research CenterThe National Institute on Aging, part of the National Institutes of Health, has named the University of Alabama at Birmingham as an exploratory Alzheimer’s Disease Research Center. The UAB exploratory ADRC will join the network of 31 ADRCs in 21 states, and is the only exploratory ADRC in the four-state region of Alabama, Mississippi, Arkansas and Louisiana.

ADRCs are located at major medical institutions across the United States. Researchers at these centers work to translate research advances into improved diagnosis and care for people with Alzheimer’s disease and related dementias, as well as to find ways to treat and possibly prevent these diseases. They also contribute substantially to major national neurodegenerative disease research initiatives.

“The establishment of an exploratory ADRC at UAB is an extremely important step in managing this debilitating disease,” said Selwyn Vickers, M.D., senior vice president and dean of the UAB School of Medicine. “People born in the Deep South have a higher risk for Alzheimer’s disease, and African Americans have a particularly high risk, due in part to the prevalence of diseases that contribute to dementia, such as hypertension, diabetes and cardiovascular disease.”

The UAB exploratory center will focus on racial disparities in Alzheimer’s disease throughout the Deep South, with studies that will collect data and follow study participants over time to better understand and then reduce these disparities.

“One of our goals will be to expand the diversity of those we recruit for studies into predicting, diagnosing and managing the disease,” said Erik Roberson, M.D., Ph.D., Rebecca Gale professor in the Department of Neurology and the center director.

Roberson says the center will recruit research volunteers over 55 who are healthy or have mild cognitive issues. African Americans and other underrepresented populations will be a priority.

Areas of investigation range from the basic mechanisms of disease to managing the symptoms and helping families cope with the effects. Researchers at the UAB exploratory ADRC will conduct basic, clinical, translational and behavioral research and train the next generation of scientists.

“UAB has a long history of patient care and research into Alzheimer’s disease,” Roberson said. “Our relationships with the UAB Integrative Center for Aging Research, UAB Neurology’s Memory Disorders Clinic and Center for Neurodegeneration and Experimental Therapeutics, Southern Research Institute, and HudsonAlpha Institute for Technology provide us with tools and expertise that will be invaluable in conducting the kind of research that can bring about meaningful change in our understanding of this disease, and the way we can treat it.”

Among the tools that will be employed in the exploratory ADRC’s research projects are genetic sequencing, cognitive screens, medical histories, physical examinations, blood draws for genetic tests, and brain imaging with MRI and PET scans. 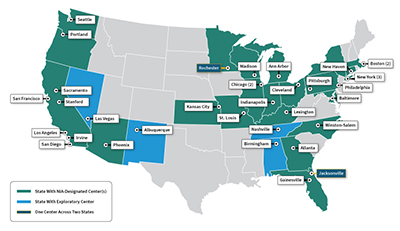 “Our award as an exploratory ADRC builds on our efforts launched in this field,” said David Standaert, M.D., Ph.D., the John Whitaker Professor and chair of the Department of Neurology. “Using startup funding from the UAB Health System, School of Medicine and local philanthropy, we were able to demonstrate to the NIA that we were committed to this avenue of research. We recruited research participants, collected data and laid the groundwork that has led to the exploratory ADRC designation. Our work in the area of health disparities of dementia will help to meet a national priority of ensuring diverse and inclusive participation in research so that the findings are relevant for all Americans.”

According to the NIA, although each center has its own area of emphasis, the ADRCs also enhance research on Alzheimer’s disease as a network that shares new research ideas and approaches, as well as data (through the National Alzheimer’s Coordinating Center), biological samples (through NCRAD) and genetic information (through ADGC). The network also provides an infrastructure to facilitate NIA signature programs like ADNI, AMP-AD, MOVE-AD and the Alzheimer’s Clinical Trials Consortium.