by Bob Shepard
The grant is designed to bring disparate investigators together, to foster communication and collaboration among researchers.

The grant is designed to bring disparate investigators together, to foster communication and collaboration among researchers.A scientist at the University of Alabama at Birmingham is participating in a groundbreaking initiative in Parkinson’s disease involving research teams from around the world. Ashley Harms, Ph.D., an assistant professor in the Department of Neurology, School of Medicine, is a co-investigator on two projects in the Aligning Science Across Parkinson’s  Collaborative Research Network.

ASAP is a basic research initiative fostering collaboration and resources to better understand the underlying causes of Parkinson’s disease. In the first round of funding its collaborative research network, ASAP has funded 21 teams of multidisciplinary investigators from 60 institutions across 11 countries to accelerate targeted basic research in Parkinson’s disease. The grants total $161 million and are issued by ASAP’s implementation partner The Michael J. Fox Foundation for Parkinson’s Research.

Each team brings together investigators across multiple disciplines, institutions, career stages and geographies to tackle key knowledge gaps in the basic mechanisms that contribute to Parkinson’s development and progression. The network will foster deep collaboration within and across teams, with a mandate for open science and open access publication.

“There is nothing quite like ASAP in the field of Parkinson’s research,” Harms said. “These grants are all about collaborative research, pulling people from diverse fields to focus on PD. With this opportunity, we are hoping to answer core questions about Parkinson’s and look for novel therapies against the disease.”

Parkinson’s is the most common neurodegenerative movement disorder and affects the lives of more than 6 million people around the world. There are currently no treatments that can slow or stop its relentless progression.

Harms is a co-investigator on two of the 21 grants, one of only two researchers — out of 96 — involved in multiple projects. Her expertise is in how the immune system communicates with the brain to drive disease progression.

“There is growing evidence that PD is not just a neurologic condition,” Harms said. “My research focus involves shining a light on the role the immune system plays in PD and to see if the immune system could be a target for disease-modifying therapies.”

One of Harms’ projects, working with investigators Jeffrey Kordower, Ph.D., from Rush University and Warren Hirst, Ph.D., from Biogen, will study the influence of co-pathologies that occur in PD, such as tau and beta amyloid, in inflammation and disease progression to guide future therapeutic efforts. 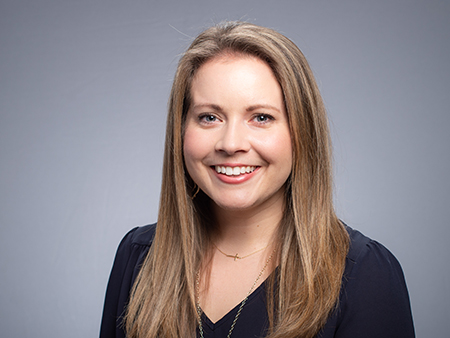 Ashley Harms, Ph.D.Harms’ second research project will look at immune cells called T cells that may kill nerve cells in Parkinson’s patients’ gastrointestinal tract and brain. She will collaborate with investigators David Sulzer, Ph.D., at the Research Foundation for Mental Hygiene, Inc.; Cecilia Lindestam-Arlehamn, Ph.D., at the La Jolla Institute for Immunology; and Sarkis Mazmanian, Ph.D., at the California Institute of Technology. This project draws on the fields of microbiology, immunology and neuroscience to help unravel PD pathogenesis by defining the role of the adaptive immune system.

ASAP has a special focus on recruiting early-career researchers to pair with senior investigators. The project also is making a special effort to recruit women to broaden the diversity of the research teams.

“It’s exciting to be part of ASAP,” Harms said. “I was approached by some other investigators to join with them in applying for ASAP funding. These grants will allow me to work with people who have been in the research field for many years.”

After earning her Ph.D. at the University of Texas Southwestern, Harms came to UAB to do postdoctoral research in the lab of David Standaert, M.D., Ph.D., the chair of UAB’s Department of Neurology and a world-renowned expert in Parkinson’s. She established her own lab some three years ago.

“I’ve had a passion for helping to better understand Parkinson’s disease and find new ways to treat it for a long time,” she said. “I came to UAB to work with Dr. Standaert, since some of the most exciting Parkinson’s research is happening right here. I’ve become an advocate for more research funding for this condition and for improving the social needs of the Parkinson’s community. It has become part of who I am.”