by Jeff Hansen
Further understanding is needed of the redox change called reductive stress and its impact on the onset and progression of neurodegeneration. 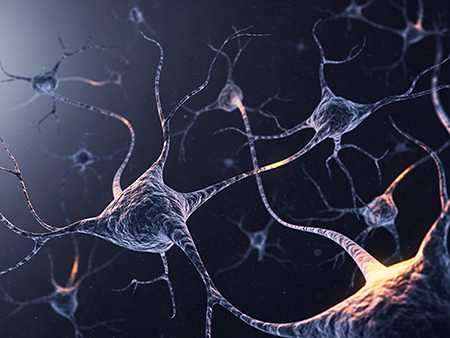 Further understanding is needed of the redox change called reductive stress and its impact on the onset and progression of neurodegeneration.Cells require a balance among oxidation-reduction reactions, or redox homeostasis. Loss of that balance to create oxidative stress is often associated with neurodegeneration. Less is known about how loss of that balance at the other end of the spectrum — reductive stress, or RS — may affect neurons.

Now Rajasekaran Namakkal-Soorappan, Ph.D., associate professor in the University of Alabama at Birmingham Department of Pathology, Division of Molecular and Cellular Pathology, and colleagues in the United States and India have shown for the first time that reductive stress promotes protein aggregation in neuroblastoma cells and impairs neurogenesis.

“Our data suggest that, despite the association of oxidative stress and neuronal damage, RS can play a crucial role in promoting proteotoxicity, and thereby lead to neurodegeneration,” Namakkal-Soorappan said. “Moreover, this study adds to the emerging view that the regulation of redox homeostasis, and its impact on diverse diseases, is part of a complex process in which appropriate doses of antioxidants are required only in response to an oxidative or toxic challenge in cells or organisms.”

Namakkal-Soorappan and colleagues have previously found that RS is pathogenic in a mouse-model of heart disease, and that RS impairs the regeneration of skeletal muscle in cultured mouse myoblast cells.

In the current study, the researchers used sulforaphane to establish RS in proliferating and differentiating Neuro 2a neuroblastoma cells grown in culture. Sulforaphane activates Nrf2/ARE signaling, leading to antioxidant augmentation. Specifically, they found that sulforaphane-mediated Nrf2 activation diminished reactive oxygen species in a dose-dependent manner leading to RS. The resulting RS abrogated oxidant signaling and impaired endoplasmic reticulum function, which promoted protein aggregation and proteotoxicity, and impaired neurogenesis. This included elevated Tau and α-synuclein and their co-localization with other protein aggregates in the cells.

Namakkal-Soorappan says they were also surprised to see that acute RS impaired neurogenesis, as measured by reduced neurite outgrowth and length, and that maintaining the cells in sustained RS conditions for five consecutive generations dramatically reduced differentiation and prevented the formation of axons.

This impairment of neurogenesis occurs through activation of the pathogenic GSK3β/Tau cascade to promote phosphorylation of Tau and create proteotoxicity.

Intriguingly, there have been reports of increased levels of enzymes that can promote RS, both in the brains of Alzheimer’s patients and in the post-mortem brains of Alzheimer’s and Parkinson’s patients. Also, attempts to promote neurogenesis in neurodegenerative diseases using small molecule antioxidants have had poor outcomes. 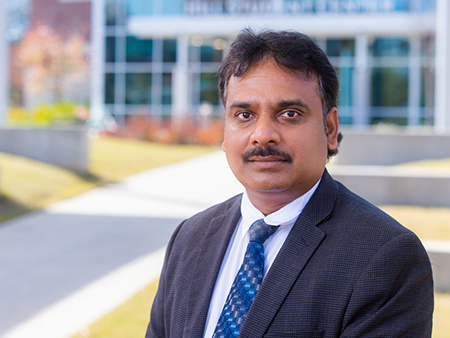 Rajasekaran Namakkal-Soorappan, Ph.D.“Therefore, clinical evidence warrants a closer investigation and further understanding of redox changes and their impact at the onset and progression of neurodegeneration,” Namakkal-Soorappan said.

Neurodegenerative diseases, including Alzheimer’s, Parkinson’s and Huntington’s, are a major health problem in aging populations throughout the world.

In the three studies on RS published in 2020, Namakkal-Soorappan’s name is listed as Namakkal S. Rajasekaran.