by Jeff Hansen
Researchers find a role for citrullinated vimentin as a damage-associated molecular pattern molecule, or DAMP, that is generated by lung macrophages in response to environmental cadmium/carbon black. 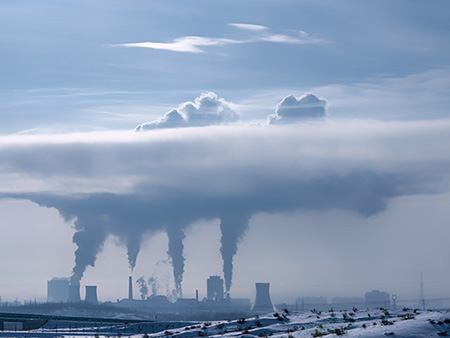 Researchers find a role for citrullinated vimentin as a damage-associated molecular pattern molecule, or DAMP, that is generated by lung macrophages in response to environmental cadmium/carbon black.The triggers and causes of a severe scarring disease of the lungs — idiopathic pulmonary fibrosis, or IPF — remain unclear.

Now research published in Science Translational Medicine shows how cadmium and carbon black can trigger lung macrophages to produce a modified protein, citrullinated vimentin, or cit‑vim, which leads to lung fibrosis. Researchers from the University of Alabama at Birmingham and three other American universities also describe a sequence of mechanistic steps in lung macrophages and lung fibroblasts that leads to the lung scarring.

One of the enzymes involved in these steps — peptidylarginine deiminase 2, or PAD2 — may be a promising target to attenuate cadmium/carbon black-induced fibrosis, they say. The researchers also report a potential disease model for lung fibrosis and IPF — the use of cadmium chloride to induce interstitial fibrosis in mice.

The study, led by Veena Antony, M.D., included patients with IPF, tissue experiments and mouse models. Antony is the Endowed Professor of Environmental Medicine in the UAB Department of Medicine, and she directs the UAB Superfund Research Program.

“Altogether, these studies support a role for cit-vim as a damage-associated molecular pattern molecule, or DAMP, that is generated by lung macrophages in response to environmental cadmium/carbon black exposure,” Antony said. Cadmium is a toxic heavy metal recognized as a cause of lung fibrosis. Cadmium can adsorb onto carbon black particles. In the lung, such particles are ingested by macrophages, the sentinel host defense cells of the mammalian lung. Up to two-thirds of IPF patients have a history of smoking, and cigarette smoke contains both cadmium and carbon black. Air pollution from biomass fuels and coal furnaces is also a source of the two pollutants.

Researchers found that both cadmium and carbon black were significantly accumulated in the lung tissue from IPF subjects. Furthermore, the cadmium concentrations in the IPF lung tissues directly correlated with cit-vim amounts, and the cit-vim amounts were higher in smoker IPF tissue compared to non-smoker IPF tissue. Also, subjects with IPF had higher levels of cit-vim in plasma, and those amounts inversely correlated with lung function. Lung macrophages from subjects with IPF had significantly increased vimentin and cit-vim expression compared to macrophages from controls. Vimentin is a structural protein in animal cells. 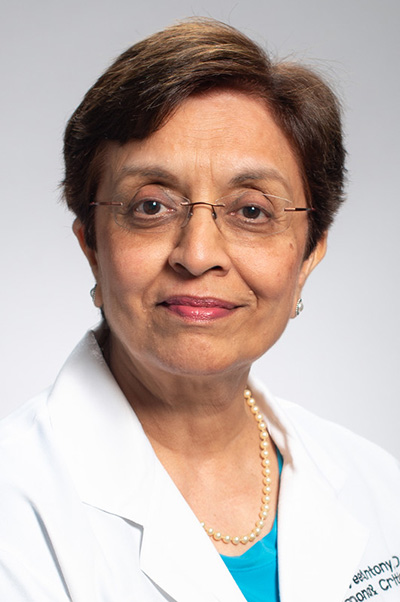 Cit-vim that was isolated and purified from lung macrophages was able to induce invasion of pulmospheres by primary lung fibroblasts from normal subjects. Cit-vim enhanced the expression of collagen by the fibroblasts, and the expression of collagen by lung fibroblasts from IPF subjects was even greater. The pulmospheres — 3-dimensional spheroids — were derived from normal lung tissue. Fibroblast proliferation and excessive collagen deposition are part of lung scarring in IPF.

DAMPs are molecules from damaged or dying cells that provoke an innate immune response to clean up the damage. Researchers showed that cit-vim acted as a DAMP to activate fibroblasts through toll-like receptor 4 signaling. The activated fibroblasts produced profibrotic cytokines, contributing to the pathogenesis of IPF.

Thus, the data emphasize a critical role for lung macrophages in the development of lung fibrosis.

In animals, researchers found that mice treated with cit-vim, but not normal vimentin, independently developed lung fibrosis, with architectural destruction and increased collagen deposition, in a toll-like receptor 4-dependent fashion. Wild-type mice exposed to cadmium/carbon black — but not mouse mutants lacking PAD2 or toll-like receptor 4 — generated high amounts of cit-vim in plasma and in bronchoalveolar lavage fluid, and the mice developed lung fibrosis.

“This finding is important,” Antony said, “because cit-vim is sufficient to provoke fibroblast activation in vitro and elicit profibrotic cytokine/chemokine production and TLR4-dependent lung fibrosis in vivo.

“Our data demonstrate that cadmium/carbon black is a risk factor, not only in subjects with IPF who smoked, but also in nonsmokers. Higher concentrations of cadmium in patients who do not smoke may be caused by exposure to cadmium through food and/or occupation or environment.”