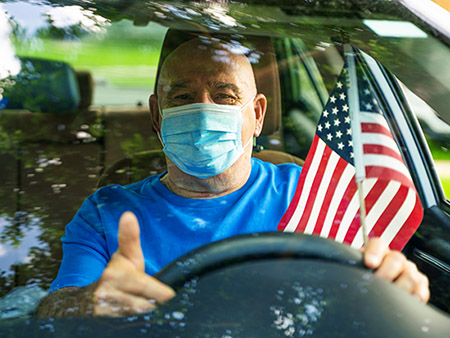 Studies by the team led by Stefan G. Kertesz, M.D., have shown that homeless patients often feel unwelcome or rejected when seeking health care.For veterans who have been homeless, a primary care program tailored to their needs prevents negative health care experiences, according to a new Veterans Affairs survey, the largest of its kind to date.

Led by a University of Alabama at Birmingham investigator at the Birmingham Veterans Affairs Medical Center, Stefan G. Kertesz, M.D., a research team surveyed 5,766 veterans with recent homeless experience and asked them to rate their primary care experiences. Across 26 VA Medical Centers spanning the United States, homeless-experienced veterans who were served in primary care clinics specializing in their needs gave consistently higher ratings of care when compared to veterans with similar backgrounds who received VA’s standard primary care.

The best approach to care for people experiencing homelessness has been a long-term national challenge. The United States government estimates that 580,000 people were homeless on a single night in 2020; more than 37,000 of them are U.S. military veterans. Both figures have increased from prior years. Homeless adults tend to have heavy burdens of medical and mental illness, and they die at rates two to five times higher than similar adults who have not been homeless.

Homeless persons’ access to care has drawn policymakers’ concern since the 1980s. Kertesz’s team chose to focus on the problems that emerge even when care is obtained. Their studies have shown that homeless patients often feel unwelcome or rejected when seeking health care.

“Standard clinics are not ready for patients whose lives make care more challenging,” Kertesz said. “The work we do in programs tailored for homeless clients, both in and outside of VA, requires additional investment and support from agency leaders. We have teams who are allowed extra time to see a smaller number of patients. Both VA and non-VA primary care programs tailored for homeless persons provide clothing, transit vouchers, motivated staff and on-site mental health care. But there is always a question, and it typically comes from health care managers: ‘Why are you running a clinic that costs more to serve fewer people, and why haven’t you started blood pressure medicines right away for patients you just met?’ Answering that important question requires research-quality evidence.”

Using grants from the U.S. Department of Veterans Affairs Health Services Research and Development Branch, Kertesz’s team surveyed more than 5,700 veterans with current or recent homeless experiences. Veterans responded to a developed 33-question patient experience survey, designed to capture elements of primary health care that matter to homeless patients, including the quality of their relationship, and their access to care.

“Conventional patient satisfaction surveys often ask about timeliness of care or patient-provider communication,” Kertesz said. “Our homeless patients told us we should ask about trust, respect and concrete things, like whether you can get care if you do not have an appointment or a way to be telephoned back if you do not have a phone.” The resulting homeless-tailored patient satisfaction survey has four scores. It measures the patient’s relationship to their doctor, cooperation of their team, accessibility and support for homeless-specific needs. 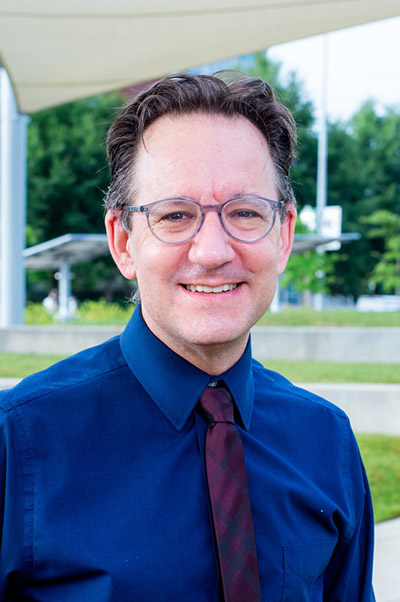 Stefan G. Kertesz, M.D. (Photography: Lexi Coon)The research, published in the journal Medical Care, reports that tailored clinics outperform mainstream ones from the patient perspective, and Kertesz noted there is a twist.

The advantage of homeless-tailored clinics is biggest for patients who have the most severe life problems, precisely the problems that can make clinic encounters frustrating for patients and for doctors. The team chose four such problems: severe pain, recent drug or alcohol overdoses, unsheltered homelessness, and psychological distress. When patients had none of these vulnerabilities, the percentage reporting unfavorable clinic experiences ranged from 17 percent to 32 percent, depending on the particular survey scale. For patients with three or more vulnerabilities, the percentage reporting unfavorable clinic experiences doubled. VA’s tailored clinics consistently did better than mainstream clinics, even for patients with these major vulnerabilities. On scores for the patient’s relationship with their doctor, and the cooperation of the clinic team, the difference was especially pronounced.

The new scientific paper proposes an explanation: the mainstream primary care clinics often frustrate their most vulnerable clients, in part because patients, doctors and staff wind up in conflict, and the patients know it. Homeless-tailored clinics, whose staff have additional time, resources and desire to serve this particularly vulnerable population, can alleviate that stress.

Kertesz acknowledges there is much more work to be done.

First, he pointed out, the “active ingredients” for tailored clinics remain to be defined; but equally important, today’s public and private primary care systems often reward efficiency and volume. These goals are elusive when providing health care to patients with complex needs.

Lillian Gelberg, M.D., a leader in homeless health care research and a collaborator on the study, concurs.

“If we want to really make a difference in the face of powerful life adversities, we will need to continue to show why tailored clinical programs can work, both for the people who are currently homeless and to meet needs they will have after they regain long-term housing, which is our ultimate goal,” Gelberg said.

The research was funded by VA Health Services Research and Development and was led by a team at Birmingham VA Medical Center and UAB. It includes co-investigators from VA Salt Lake City Health Care System, University of Utah; VA of Greater Los Angeles; University of California, Los Angeles; VA Pittsburgh; and the University of Southern California.