Cardiovascular health is poorest among American adults in the Southern U.S.

by Adam Pope
In a study conducted among more than 1.3 million American adults, UAB investigators found that Alabama and Southern states have the worst cardiovascular health, citing higher death totals due to cardiovascular causes. 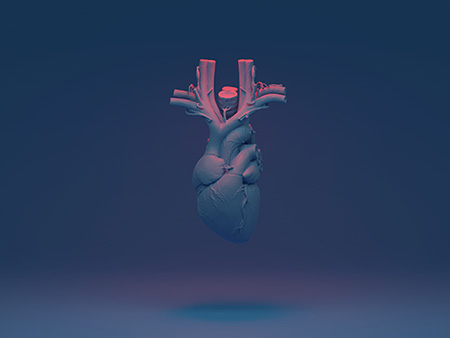 In a study conducted among more than 1.3 million American adults, UAB investigators found that Alabama and Southern states have the worst cardiovascular health, citing higher death totals due to cardiovascular causes.In a recent study published in the Mayo Clinic Proceedings, University of Alabama at Birmingham researchers found that there is significant geographic heterogeneity in the distribution of cardiovascular disease risk factors such as diabetes, hypertension, high blood cholesterol levels, obesity, smoking, lack of physical activity and unhealthy diet, across the United States.

These risk factors are disproportionately concentrated among those living in the Southern states and contribute to the higher prevalence of cardiovascular death in this region.

Vibhu Parcha, M.D., a clinical research fellow in the UAB Division of Cardiovascular Disease and the first author of this study, explained that, while there is empiric understanding about poor cardiovascular health status in the Southern states, there is no contemporary data quantifying this and looking at how the cardiovascular health has changed in the last decade.

Moreover, prior to this study, the relationship between the current cardiovascular health status and the geographic distribution of cardiovascular mortality was unknown.

Parcha and his investigative team analyzed data from more than 1.3 million American adult participants of the Behavioral and Risk Factor Surveillance Survey, which is conducted annually by the Centers for Disease Control and Prevention.

They evaluated the distribution of ideal cardiovascular health and its individual components (diabetes, hypertension, obesity, smoking, cholesterol, diet and exercise) in the various geographical regions from 2011 to 2017.

“There is growing evidence that we need urgent interventions to stem the growing burden of cardiovascular diseases and resultant deaths in the United States,” said Pankaj Arora, M.D., physician-scientist in the UAB Division of Cardiovascular Disease.

This work highlights that all regions are not the same, and some states like Alabama fall far behind in battling cardiovascular diseases. 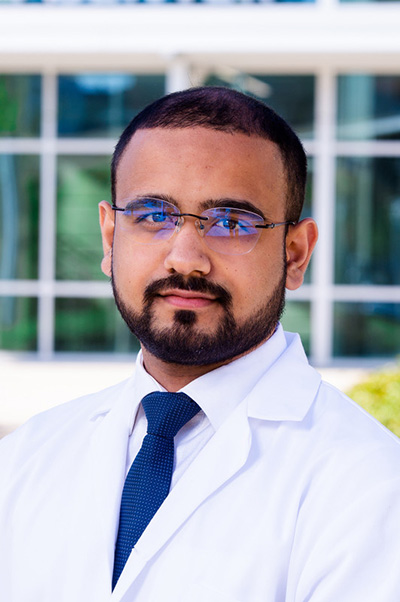 Vibhu Parcha, M.D.
(Photography: Lexi Coon)“Our work also shows that health education and the control of blood pressure, diabetes and cholesterol through a healthy diet, increased physical activity and medications can be effective in controlling the cardiovascular disease epidemic in the Southern United States,” said senior author Pankaj Arora M.D., a physician-scientist in the UAB’s Division of Cardiovascular Disease. “One in four Alabamians is obese and has high blood pressure. We are one of the worst-performing states nationally when it comes to cardiovascular risk factors.”

Arora added that health interventions must be designed and targeted specifically for the Southern states.

“Equitable access to health care for all and early-onset health education and lifestyle interventions in schools and colleges of the Southern states may help us improve the overall cardiovascular health in the region,” Arora said. “We also need to address the glaring racial disparities in cardiovascular risk factors, and we need to tackle the issues of systemic racism while strongly pushing for risk factor control.”

The UAB Cardiovascular Center provides a broad spectrum of cardiology health care services for people with all types of heart disease in the Southeastern United States. UAB Cardiology has set the standards in the field by providing patient care by compassionate, patient-centered and clinically advanced physicians and staff. UAB’s Cardiovascular Center caters to the needs of patients with hypertension, diabetes, lipid disease, heart failure, stroke and heart attack in Alabama and the surrounding states.