by Anna Jones
UAB researchers found that death due to cardiovascular causes in the Southeastern U.S. is 16 percent higher than in the rest of the country, and an estimated 101,953 additional deaths need to be prevented by 2025 to bridge this gap. 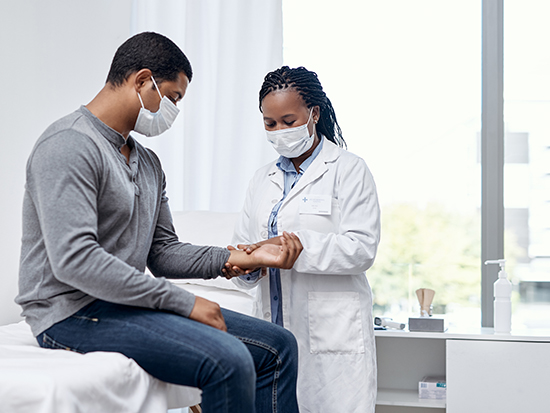 UAB researchers found that death due to cardiovascular causes in the Southeastern U.S. is 16 percent higher than in the rest of the country, and an estimated 101,953 additional deaths need to be prevented by 2025 to bridge this gap.A recent study published in the Mayo Clinic Proceedings by researchers at the University of Alabama at Birmingham shows the cluster of states that make up the stroke belt in the Southeastern United States has a 16 percent higher death rate due to cardiovascular causes compared to the rest of the country. The researchers project that this rate will continue in the coming decade unless more than 100,000 cardiac deaths are prevented in the region.

“Through this study, we wanted to understand the current state of cardiovascular deaths in the stroke belt and compare it to the rest of the U.S.,” said Vibhu Parcha, M.D., a clinical research fellow in the UAB Division of Cardiovascular Disease and the first author of this study. “We also wanted to see how these death rates were going to change in the coming years.”

Parcha and his team analyzed death report data from the Centers for Disease Control and Prevention for all deaths between 1999 and 2018. They looked at the change in death rates due to cardiovascular causes including stroke, heart failure and ischemic heart disease, a condition of recurring chest pain that occurs when a part of the heart does not receive enough blood. Their research found this rate of cardiac deaths in the stroke belt is on track to continue in the coming years unless an estimated 101,953 cardiovascular deaths are prevented by 2025.

They also found that the mortality rate for death due to cardiovascular causes was highest in non-Hispanic Black individuals, men and those living in rural areas of the stroke belt.

While the rest of the country has progressed, the Southeastern U.S. still lags far behind. More education on preventing and treating cardiovascular diseases is required in this region to overcome this gap. 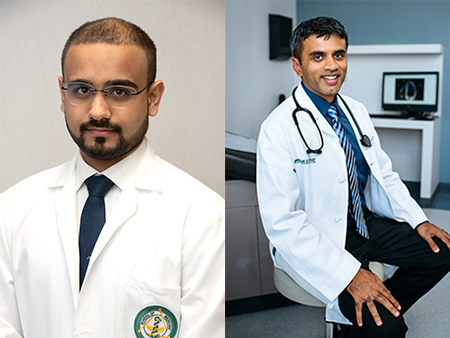 Vibhu Parcha, M.D., and Pankaj Arora, M.D.
(Photography: Aubrey Joyner and Andrea Mabry)“Despite our best intentions, this evidence shows that we have not been successful in overcoming the geographic inequities in cardiovascular deaths, which were recognized more than 30 years ago,” said Pankaj Arora, M.D., senior author and physician-scientist in UAB’s Division of Cardiovascular Disease. “The most concerning aspect of the study is that these higher cardiovascular death rates in the stroke belt are even seen among young adults, which means that, to meet our goal of preventing more than 100,000 deaths, we need to shift our public health efforts to target young adults in the Southeast.”

To combat this death rate, Arora says, fair access to health care and health education and lifestyle intervention in schools and colleges is needed to reduce cardiac deaths in the Southeast.

“In addition to health care and education, we also have to address racial disparities and tackle the issues of systemic racism in health care, while also focusing on reducing risk factors such as high blood pressure, unhealthy cholesterol and obesity,” Arora said.

This is the largest study of the geographical inequities of cardiovascular deaths in the United States to date. To read the study, visit mayoclinicproceedings.org.