Learning magic tricks can help self-esteem of kids with ADHD

by Shannon Thomason
The study, from UAB’s Institute for Arts in Medicine, shows that learning tricks in a magic camp can boost feelings of self-esteem and confidence in children and adolescents with disabilities. 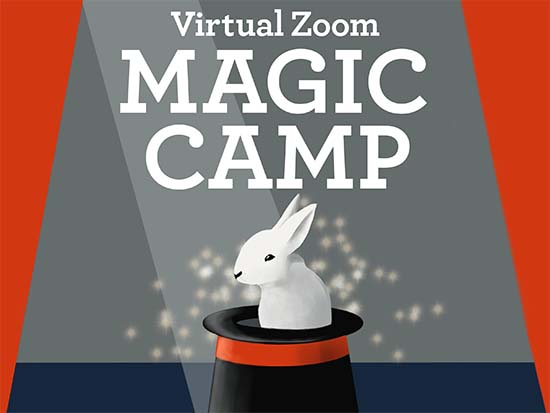 Teaching magic tricks to children with disabilities can enhance their feelings of self-esteem and confidence, a study has shown.

The study, published in Health Psychology Research, is a collaboration between the University of Alabama at Birmingham’s Institute for Arts in Medicine, the School of Health Professions’ Department of Occupational Therapy and illusionist and educator Kevin Spencer. It shows the effectiveness of a virtual summer magic camp program in enhancing self-esteem in children and adolescents with attention-deficit/hyperactivity disorder. Children with ADHD can experience low self-esteem.

Learning and performing magic tricks can benefit children and adults with disabilities. The approach promotes motivation and improves physical, psychological, perceptual or social functions in those who participate and has been shown to be an effective treatment technique. Magic trick programs have also been reported to enhance the self-esteem of children with severe emotional disturbances, and those with a diverse range of developmental disabilities such as communication difficulties, learning difficulties, (emotional) behavioral disorders, autism and ADHD.

The single-group study at UAB included six children with ADHD, ages 8-14, who participated in a virtual magic camp program designed for children with disabilities. The camp met three days a week, in sessions from 45 minutes to one hour, over four consecutive weeks, for a total of nine to 12 hours. Participants completed assessments before and after camp, and they and their parents were individually interviewed after camp to explore their camp experience.

ADHD is a common child and adolescent neurodevelopmental disorder. It is characterized by problems with attention skills, staying on task or being organized, and affects academic performance in school and daily activities. In addition to inattention and/or hyperactivity, children and adolescents with ADHD report psychological well-being difficulties such as low self-esteem. Considering their frequent challenges and failures in school, and adverse social feedback they encounter, these experiences may contribute to their low self-esteem. 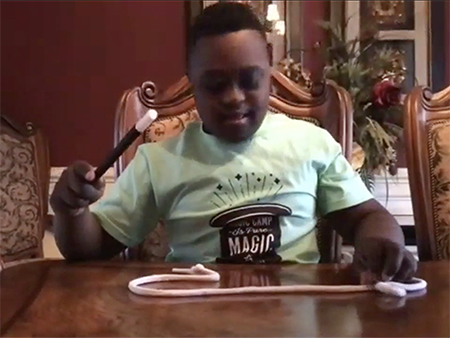 Camper Joshua performs a magic trick during a UAB Arts in Medicine virtual Magic Camp.Research on ADHD shows self-esteem problems can lead to maladaptive coping strategies, such as anxiety and depression, substance use and deviant peer choices, and disruptive behaviors such as bullying and peer victimization, the study says.

Psychosocial interventions have been recommended to help children and adolescents with ADHD cope with difficulties and failures in school and everyday life and increase self-esteem.

Future studies should investigate the holistic impact of magic camps on children and adolescents with ADHD and include measures that tap into other psychosocial attributes, such as social functioning, social skills and self-efficacy, the study authors say.

UAB Magic Camp, which is held each summer, is part of a collaboration between UAB Arts in Medicine, the UAB School of Health Professions’ Department of Occupational Therapy, Children’s of Alabama and Hocus Focus™. UAB occupational therapy students are trained in the protocol developed by illusionist and educator Kevin Spencer — an international authority on the therapeutic use of magic tricks in physical and psycho-social rehabilitation — and provide instruction to the campers.

Each camper is paired with two OT students for the duration of the three-week summer camp. Through this pairing, campers work at their own speed and have a personalized learning experience. The end of each camp will feature a streamed magic show performance for friends and family. Camp is free and open to children ages 9-18 who have been diagnosed with a disability. The virtual camp welcomes participants from all over the United States and internationally.