Majority of young adults and adolescents in the United States are using cannabis instead of nicotine, study shows 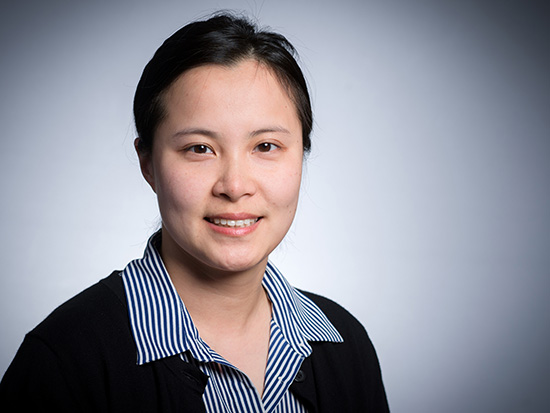 Ruoyan Sun
Photography: Steve WoodVaping is a matter of considerable public attention due to its rapidly increasing popularity among youth. However, little research has focused on what substance is being vaped by young people in the United States.

Nicotine, generally found in tobacco cigarettes, is often the assumed substance of vaping. A recent study by Ruoyan Sun, assistant professor at the University of Alabama at Birmingham’s School of Public Health, shows that 35 percent of 12- to 14-year-olds, 51.3 percent of 15- to 17- year-olds and 54.6 percent of 18- to 24-year-olds reported the use of cannabis while vaping.

“This study attempts to distinguish cannabis vaping from nicotine vaping when many people mistakenly interpret vaping as only using nicotine,” Sun said. “We hope that future surveys can ask more detailed questions on substances used in e-cigarettes. These questions would be important with the ongoing youth e-cigarette epidemic, for example, whether youth are getting addicted to nicotine, cannabis or some other substance.”

Sun believes that researchers may have overestimated the prevalence of nicotine vaping,

given the proportions of current e-cigarette users reporting cannabis vaping every time they vaped. Adding questions about nicotine and cannabis vaping, including the question of what substance is being vaped, as well as the frequency and the intensity of use, could provide more accurate results, according to Sun.

Read more: Vaping up, cigarettes down in adolescents, according to study.

“If we have these data, we might be able to answer some important research questions, such as whether it is easier for smokers to quit using e-cigarettes with high nicotine content, or what are some adverse health effects with respect to the total amount of nicotine vaped, and if there is a dose-response relationship,” Sun said.

The study, published in JAMA Pediatrics, used data from the Population Assessment of Tobacco and Health Study, a national longitudinal study of tobacco use among U.S. adults and youth. Read the full study here.