Black adults are at a higher risk of developing diabetes due to genetic variations and social health determinants, research shows

by Anna Jones
Traditional markers of cardiometabolic health may be lower in Black individuals, but the development of diabetes is more common in those with African ancestry. 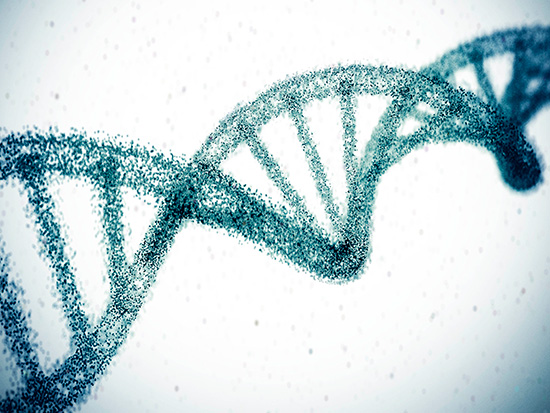 In a recent study published in Circulation: Genomic and Precision Medicine, University of Alabama at Birmingham researchers found that, while many African Americans, especially those with a higher African ancestry proportion, have a favorable lipid profile, they are at a higher risk of developing diabetes than those of white/European ancestry. A favorable lipid profile indicates there are fewer components of body fat that can lead to cardiovascular and metabolic disease. Researchers believe this may be driven by genetic factors associated with geographic ancestry.

“The research indicates there are specific genetic variations that are more common among those with higher African ancestry that predispose these individuals to diabetes,” said Vibhu Parcha, M.D., a clinical research fellow in the UAB Division of Cardiovascular Disease and the first author of this study. “We hope to use what we have learned from this study to identify these specific genetic variations among those with higher African ancestry.”

Parcha attributes the higher risk of diabetes among non-Hispanic Black individuals to social determinants of health, including where people are born, live, learn and work, and age.

“There is a higher incidence of diabetes among Black individuals,” Parcha said. “However, the prevalence of metabolic syndrome, which is a cluster of diabetes-risk increasing factors, is relatively not as common. This is often described as a metabolic paradox.”

Through this study, researchers wanted to better understand the basis of this paradox and see whether geographic ancestry played a role in this discrepancy. They investigated more than 9,000 American adult participants of the Systolic Blood Pressure Intervention Trial supported by the National Heart, Lung, and Blood Institute. They found that Black participants had a higher incidence of developing diabetes despite having a favorable lipid profile. This paradoxical relationship is associated with European genetic ancestry.

The authors also found that a higher continental European genetic ancestry among self-identified Black adults was associated with a lower risk of developing diabetes, even after accounting for the differences in the social determinants of health. This implies that the genetic determinants governing the higher incidence of diabetes among Black individuals are not yet fully understood.

“While both biological and social factors contribute to the higher risk of diabetes among Black individuals, the relative contribution is difficult to explain at an individual level,” Parcha said. “The scientific community has largely been unsuccessful in including Black individuals into genomic research, which has limited our understanding of the genetic determinants of metabolic health in Black individuals.” 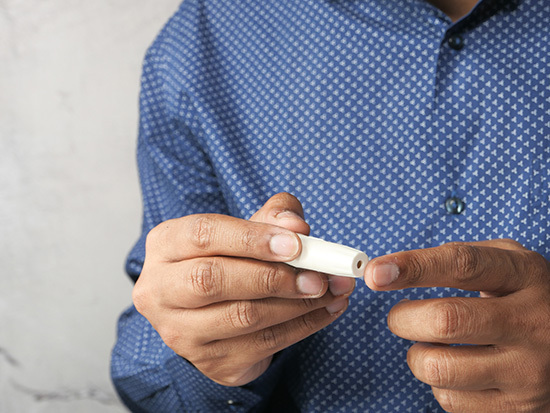 According to Pankaj Arora, M.D., a physician-scientist in the UAB’s Division of Cardiovascular Disease, some people carry naturally occurring variations in their DNA that may contribute to a higher risk of developing diabetes. However, larger efforts to include traditionally underrepresented communities in genomic medicine research can help address this problem.

“UAB Cardiology has been advancing the initiative for the inclusion of Black individuals in clinical research and help improve our understanding of what drives the development of diabetes in the community through the UAB CARBON and UAB Cardiogenomics Clinic,” Arora said.

The UAB Cardiovascular Research Biobank is a large biobank initiative led by UAB physician-scientists to enhance the participation of underrepresented communities in genomic medicine.  UAB has been leading the effort of a genomics-ready clinical network in the Southeast.

Recently, it launched the UAB Cardiogenomics Clinic, which offers a one-stop shop to help patients interpret their genetic results and provide genomic counseling, a comprehensive cardiovascular and metabolic assessment, and the latest diagnostics and therapeutics for common conditions such as blood pressure, diabetes, heart attacks, heart failure and stroke. The clinic also provides a broad spectrum of cardiology health care services for people of all ages and those with all types of heart diseases in the southeastern United States.

In addition to the UAB Cardiovascular Research Bank and the UAB Cardiogenomics Clinic, the All of Us program is a nationwide research program administered by the National Institutes of Health to advance individualized prevention, treatment and care for people of all backgrounds. All of Us is based on precision medicine, a new approach to treating and preventing disease that is personalized. The All of Us Research Program aims to enable discoveries that will improve overall health by encouraging the public to take an active role in steering the future of health research. Alabamians age 19 or older, regardless of health status, are eligible to enroll in the program by visiting JoinAllofUs.org/UAB, calling (833) JOIN-UAB or emailing allofus@uabmc.edu.