by Jeff Hansen
Surprisingly, several competing models for this clathrin-mediated endocytosis all appear to function in two cell lines tested. 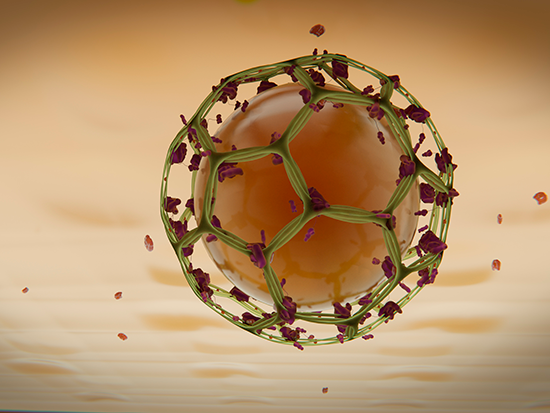 Surprisingly, several competing models for this clathrin-mediated endocytosis all appear to function in two cell lines tested.Cells have a clever way to transport cargos like growth factors across the cell membrane and into the cell. It is called clathrin-mediated endocytosis. Molecules of the protein clathrin gather on the inside of the cell membrane, and they deform the membrane to make what looks like a pit as seen from the outside.

After it fills with cargo, the pit pinches off to form a clathrin-coated, membrane-bound vesicle inside the cell, which then proceeds to its proper destination. In cultured cells, hundreds of these clathrin-coated vesicles can form every minute.

However, conflicting models exist for how these vesicles assemble, and this has left a critical knowledge gap. One model is the constant-curvature model, where curvature is induced simultaneously with clathrin polymerization. Another, the flat-to-curved transition model, says that a flat lattice of clathrin molecules first assembles on the inside of the cell membrane, followed by a conformational change to form the clathrin-coated pit and vesicle.

Evidence for both models can be seen by electron microscopy — but those are static snapshots of fixed cells that do not reveal the actual nanometer-scale dynamics and possible pathways of clathrin-mediated endocytosis.

Now Alexa Mattheyses and colleagues at the University of Alabama at Birmingham and Emory University are filling that knowledge gap, using a sophisticated fluorescence microscopy imaging called STAR microscopy. This allowed them to follow clathrin-coated vesicle formation in living cells from initiation to completion, over periods up to 100 seconds.

Their study, reported in the journal Nature Communications, supports what has been called the flexible model of clathrin-coated vesicle formation, which includes both the constant-curvature and the flat-to-curved transition pathways.

“We show clathrin accumulation is preferentially simultaneous with curvature formation at shorter-lived clathrin-coated vesicles, but favors a flat-to-curved transition at longer-lived clathrin-coated vesicles,” said Mattheyses, an associate professor in the UAB Department of Cell, Developmental and Integrative Biology. “Together, our results provide experimental evidence in favor of the flexible model of endocytosis, where a single model of curvature formation cannot encompass the heterogeneity of cell-mediated endocytosis dynamics.”

Simultaneous Two-wavelength Axial Ratiometry, or STAR, microscopy is based on total internal reflection fluorescence, or TIRF, microscopy that allows visualization of fluorescently tagged proteins at or close to the plasma membrane, for a distance of about 100 to 200 nanometers. In STAR microscopy, the protein is labeled with two fluorophores that have different excitation wavelengths to take advantage of the wavelength-dependent penetration depth of the evanescent field. The result is an ability to simultaneously resolve both protein accumulation, as measured by fluorescence intensity, and distance from the plasma membrane, as measured by the fluorescence-intensity ratio of the two fluorophores. That distance, which represents the nanometer z-distribution, is a measure of curvature in the current study.

Using monkey kidney fibroblast cells, Mattheyses and colleagues labeled the clathrin CLCa light chain with fluorophores that have excitation wavelengths of 488 and 647 nanometers. They then stimulated the cells with epidermal growth factor to induce endocytosis. Quantitative analysis using the UAB Cheaha supercomputer resulted in 1,948 CLCa-STAR accumulations from 13 cells. 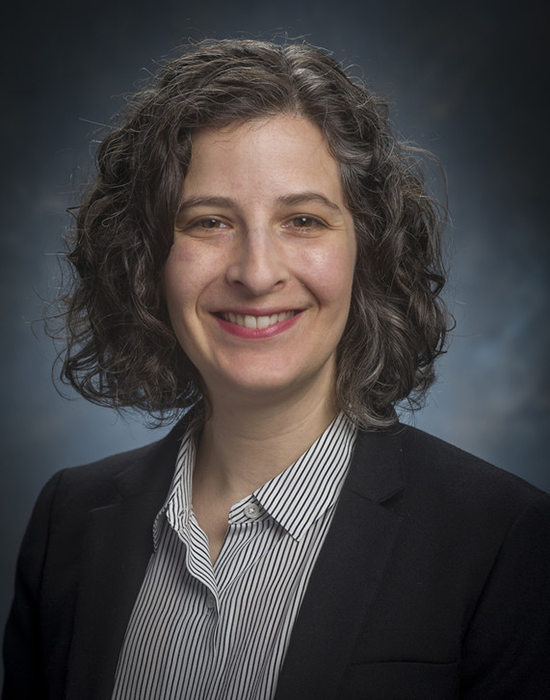 To analyze the data further, the researchers grouped endocytic events based on the clathrin lifetimes and the models of vesicle formation. This revealed interesting features.

“We found that short-lived endocytic events, less than 20 seconds, were formed predominantly through the constant-curvature model, while longer events — more than 20 seconds — favored the flat-to-curved transition,” Mattheyses said. “The proportion of nucleation events was smaller and favored short-lived events.”

To test whether this flexible model of clathrin-mediated endocytosis may be universal among different cell lines, the researchers also imaged human umbilical vein endothelial cells, stimulated by vascular endothelial growth factor to stimulate endocytosis. They found a similar range of endocytic events.

“These data show the previously unappreciated heterogeneity of clathrin-mediated endocytosis dynamics and plasticity of clathrin-coated vesicle formation, and they suggest different cell types or cargos can use this flexibility to impact the mode of curvature formation,” Mattheyses said. “Future research using STAR microscopy will define how the recruitment of accessory proteins and the role of biophysical parameters contribute to vesicle formation and how different clathrin dynamics impact signaling and cellular homeostasis.”

Mattheyses and Salaita developed STAR microscopy together at Emory in 2015. Mattheyses has been working with TIRF microscopy since her Ph.D. work at the University of Michigan with Daniel Axelrod, Ph.D., considered by many a pioneer of the technique.

Cell, Developmental and Integrative Biology is a department in the Marnix E. Heersink School of Medicine at UAB.