by Jim Bakken
Taxes owed, deductions unclaimed account for millions of lost dollars in 2011; year-end tips will help you and your community recoup losses.

The failure to collect taxes owed from Internet sales will cost the United States an estimated $10 billion this year. A University of Alabama at Birmingham retail expert says the victim is not the IRS; the victim is your community. 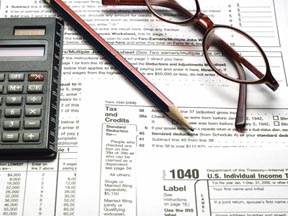 “These are taxes owed to municipalities, counties and states, which consumers are obliged to report and remit on their state income-tax returns,” said Robert Robicheaux, Ph.D., professor and chair of the Marketing, Industrial Distribution and Economics department in the UAB Collat School of Business. “This problem demands immediate attention nationwide because the share of Internet retail sales is growing at such a breakneck pace that the amount of lost tax revenue will be doubled by the end of the decade.”

How do you know if you owe? In the state of Alabama the loss is estimated to be only about $30 per person but in a state with 4.7 million people that adds up to $141 million. That is just the average. Not everyone owes. If you made purchases online and were not charged state sales tax at checkout then you owe.

“Many and maybe most Internet buyers are unaware they have a tax obligation for items they buy online and are not charged state and local sales tax,” says Robicheaux. “The failure to collect taxes that are already owed may force local, county and state leaders’ to find new sources of revenue to support essential services.”

Where can I find a tax break to offset the sales tax I owe? If you itemize your taxes then one way is to make donations to your favorite charities before Dec. 31. However, to make the claim you must get proper documentation no matter how much you donate.

“I think we should cut the IRS a little bit of slack on this because otherwise taxpayers could just put whatever dollar amount they want on their tax return,” says Robert Wilbanks Jr., licensed CPA and instructor at the UAB School of Business. “If you want proof for every penny you donate then pay by check because a cancelled check is an IRS acceptable form of documentation.”

The IRS says all records must show the name of the organization, the date of your contribution and the amount contributed. They accept the following as proof:

What do I do if the charity doesn’t offer documentation? The Salvation Army red kettle campaign raised $142 million in 2010. That is a lot of change from people’s pockets. And that is a lot of donations without documentation. There is a trend in larger cities where so called impulse donations now offer credit card machines or QR Codes so you can document your gift.

But until those options are offered by every outlet asking for charitable contributions Wilbanks says, “My recommendation is if it is a small amount and it is for a good cause and they don’t provide documentation I would just be happy knowing that I gave money to help people in need.”