Discovery expected to shift research direction in lupus and asthma

Newfound details of the immune system suggest a role for never-before-considered drug classes in the treatment of allergic and autoimmune diseases, according to a University of Alabama at Birmingham study published online today in Nature Immunology.

The results advance the current understanding of the way the body’s initial, vague reaction to any invading organism expands into a precise and massive counterattack. That expansion starts when a dendritic cell “swallows” a piece of any invader encountered, ferries it to the nearest lymph node and presents it there for notice by lymphocytes, the workhorse cells of the immune system.

According to the current model, dendritic cells first must encounter T lymphocytes in the paracortex, or T cell zone, within the node. Only there will their interaction enable lymphocytes to expand into an army of clones primed to attack the invader.

To the research team’s great surprise, the data showed that, although immune response works this way during viral flu infections, it is not always the case. When the body is infested with parasitic worms, for instance, dendritic cells link with T cells near B lymphocytes, under the control of B cell-related signals and outside the T cell zone.

“Considering that diseases from asthma to lupus can occur because the system mistakenly ramps up the same types of T cell responses it normally uses against worms, our finding that B lymphocytes control the T cell/dendritic cell interactions that trigger such responses has important, practical implications,” said Frances Lund, Ph.D., chair of the UAB School of Medicine’s Department of Microbiology and corresponding author. “The field now has cause to look at several experimental and existing drugs known to interrupt B cell signals as potential treatments for diseases driven by T cells.”

Before joining UAB in March 2012, Lund worked alongside Tim Mosmann, Ph.D., at the University of Rochester Medical Center. In 1986 Mosmann advanced his groundbreaking theory on the way the immune system decides which sets of immune cells are most effective against different invader types.  According to his Th1/Th2 model, Th1 T helper cells were best against viruses because they helped invaded human cells self-destruct before viruses could turn them into virus factories. Th2 helper T cells were best against parasites because they helped the B cells mass produce antibodies that glommed onto and removed worms from the spaces between cells. 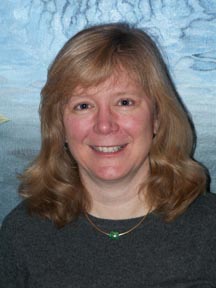 The current study found that B cells, as part of the Th2 response to worms, start pumping out a protein called lymphotoxin, which in turn signals nearby stromal cells to produce more of the chemokine CXCL13.

B cells are able to gather in B cell areas of lymph nodes in the first place because they express CXCR5 receptor proteins that sense and move toward higher concentrations of CXCL13. The team discovered that a set of dendritic cells also begins expressing CXCR5 during a worm infection.

With B cells and activated dendritic cells gathered near B cells, T helper cells next must join the party if the immune response is to expand.  While T cells dump into lymph nodes at many points, only those that happen to enter near B cells, and to bump into CXCR5-expressing dendritic cells, drive the response to worms forward, according to the authors.

The authors also believe such interactions trap T cells near the B cell area and that proximity determines the kind of cells they becomes next.  Those receiving the strongest signals become the T helper follicular cells that B cells must partner with to produce antibodies specific to the current pathogen. Those getting weaker signals become Th2 effectors that travel back to the infection site to cause the histamine release and intestinal muscle contractions that help to expel worms.

Though vital to effective immune responses to worms, T helper follicular cells and Th2 cells have a dark side. For example, T helper follicular cells in some cases inappropriately help B cells produce high affinity “auto” antibodies that recognize the body’s own cells as foreign and can destroy the kidneys of lupus patients and the joints of patients with rheumatoid arthritis.

In other cases, Th2 cells respond to allergens in the lung like house dust mites because the mites look like worms to the immune system and the confused Th2 cells respond to the allergen as they would to a worm. This mistaken recognition causes histamine release and bronchoconstriction in the lungs, two of the major clinical symptoms of asthma.

“We know of experimental biologics that interrupt the ability of B cells to give off lymphotoxin and that prevent the development of helper Th2 cells and T helper follicular cells,” Lund said. “Could such antibody-based treatments be useful against some autoimmune diseases and asthma?  We think so, but time and further studies will tell.”

Along with Lund, Troy Randall, Ph.D., the Claude Bennett Scholar in the UAB Department of Medicine’s Division of Clinical Immunology and Rheumatology, and UAB post-docs Beatriz León, Ph.D., and André Ballesteros-Tato, Ph.D., made major contributions to the work.  Also making important contributions were Jeffrey Browning at Biogen Idec and Robert Dunn at the Pfizer Centers for Therapeutic Innovation (formerly at Biogen Idec).  The study was supported by the National Institute of Allergy and Infectious Diseases.