Techniques used to breed better dairy cows are being adapted to improve prediction of each person's skin cancer risk, according to a study published in the December 2012 issue of the journal Genetics. 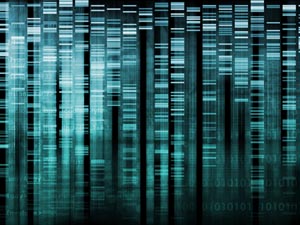 According to the study authors, adding genetic information, including an analysis of 41,000 variations specific to each person, resulted in a statistical model that better predicted skin cancer risk than models based on non-genetic risk factors.

“While many aspects of this technique are still under development, our new predictive model was able to account for a large proportion each person’s predisposition for skin cancer,” said Ana Inés Vázquez, Ph.D., assistant professor in the Section on Statistical Genetics within the UAB Department of Biostatistics, and lead study author.

Better prediction of genetic risk is a goal because, when and if more accurate models became available, they could empower prevention efforts and provide personalized information with the goal of earlier diagnoses.

From prize cows to disease risk

Starting out as a Ph.D. student in animal breeding and quantitative genetics with Guilherme Rosa, Kent Weigel and Daniel Gianola at the University of Wisconsin-Madison, Vázquez then came to UAB to develop novel risk prediction methods for use in human diseases. Her cross-disciplinary experiences resulted in an attempt to apply techniques now used commonly in plant and animal breeding programs to skin cancer.

In recent years, genome wide association studies (GWAS) have identified an unprecedented number of genetic variants, or markers, associated with important human traits and diseases. However, for most diseases regarded as complex (i.e., affected by large number of genes each making a small contribution to risk), the collective action of the variants reported so far explains just a small proportion of differences in genetic risk among individuals.

The technique used in the current study, whole-genome marker-enabled prediction (WGP), uses all available genetic information jointly instead of looking at a few variants associated with genes known to cause a given disease. Vázquez and her colleagues theorized that WGP may be better at predicting risk for complex diseases.

The team started with a baseline model for prediction of skin cancer risk that took into account only non-genetic risk factors, including sex (men at greater risk than women) and cohort (a partial proxy for potential years of sun exposure).

Their next model added data on each person’s family history with skin cancer to standard risk factors and found that it made more accurate predictions than the baseline 78.8 percent of the time (in 453 out of 500 tests).

A third model added a measure of each person’s geographic ancestry (ethnicity derived from their genomic information) to the information included in the second model. Researchers found that the model with the ethnicity data outperformed the baseline risk model 90.6 percent of the time.

In the last model, the authors looked at the value of combining non-genetic risk factors and the concurrent effects of 41,000 genetic variants spread throughout each person’s DNA. The combined model made more accurate predictions than standard risk factors alone 93.8 percent of the time (in 469 out of 500 tests) and outperformed all other models.

Once a model is designed, it must be validated using data collected from a large number of individuals. For this the current study turned to the landmark Framingham Heart Study, a study that had collected data and patient samples for three generations in a town in Massachusetts. The researchers then selected 5,117 subjects whose genotypes had been determined by previous studies.

The value of such models is greatest for predicting a trait in people who are similar to those used to validate the model. The current study used data from patients of Caucasian origin and, since some were related to each other, exploited family history. A critical research frontier in biostatistics, however, is the effort to design models that can more accurately predict traits in heterogeneous populations across larger regions without relying on availability of genetic information from relatives.

Along with Vázquez, Allison, Rosa and Gianola, authors of the current study included Gustavo de los Campos, Yann Klimentidis, and Nengjun Yi from the UAB Department of Biostatistics. The work was funded in part by grants from the National Institutes of Health, Kraft Foods and the Wisconsin Agriculture Experiment Station.

“Dr. Vázquez’s work represents one of the first uses of WGP to predict risk for a complex disease phenotype with clinical relevance,” said David Allison, Ph.D., associate dean for science within the UAB School of Public Health and a study author. “Her story is one of interdisciplinary creativity in applying concepts developed in animal breeding to human population genetics, which reflects our core approach to research at UAB.”