A study from the University of Alabama at Birmingham (UAB) suggests food concocting — the making of strange food mixtures like mashed potatoes and Oreo cookies, frozen vegetables mixed with mayonnaise, and chips with lemon, pork rinds, Italian dressing and salt — is common among binge eaters. The findings, available online and to be published in the International Journal of Eating Disorders, reveal that 1 in 4 survey participants secretly create concoctions. 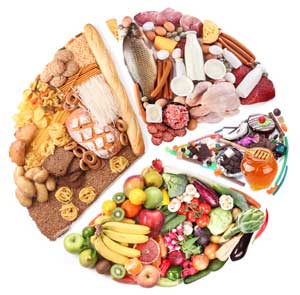 Investigators hope the survey and findings will help bring this oppressive behavior into the open to better understand and help the estimated 8 million people in the U.S. suffering from binge-eating disorders. UAB researchers investigated a behavior that had been anecdotally noted by eating disorder clinicians but never systematically investigated.

According to the study, people who concoct are more likely to binge eat than those who overeat without bingeing. Those who concoct reported the same emotions as drug users during the act; they also reported later feelings of shame and disgust, which could fuel an existing disorder.

Mary Boggiano, Ph.D., associate professor in the Department of Psychology and primary investigator of the study, said study participants self-reported their emotions while concocting. The answers revealed a vast majority felt “excited” and “anxious” during the process.

“While they are food concocting and binge eating they report being excited, in a frenzy, and high, but afterwards they feel awful about themselves,” said Boggiano.

According to Boggiano, the actual number of binge eaters who also practice food concocting is likely to be higher than that revealed in their survey.

“We found significant numbers in a non-clinical population,” said Boggiano. “If the same survey was given to people in a hospital, clinical or psychiatric setting, they would certainly report higher levels.”

Boggiano’s team developed their study around the novel “famine hypothesis,” theorizing that concocting would be linked to caloric deprivation. This was based on documented accounts of odd food concoctions created by victims of natural famine and POWs, as well as refugees during wartime food shortages.

Consistent with this hypothesis, the UAB team found that while food concocting is more prevalent in binge eaters, it is dietary restraint — or food deprivation — that uniquely accounted for the pervasiveness of concocting.

The research team looked at why people practice food concocting. The majority, 41.2 percent of those who concocted, said the behavior was due to a craving. Only 9 percent reported hunger as a motive.

Boggiano said that is not surprising because most binges occur after a normal meal, when sated, and may be part of the “loss of control” criterion of binge eating. Her previous research showed that having a history of dieting, regardless of hunger, led to binge eating when a preferred food was available.

Boggiano believes food concocting has never been studied scientifically because nobody has thought to quantify the behavior or consider that it may worsen eating disorders if linked to negative emotions.

In addition, patients may not disclose this behavior because of shame.

“Secrets can kill us,” said Boggiano. “The more secretive a patient is with aspects of an addiction or eating disorder, the worse off he or she will be because they will continue to engage in their secret, maladaptive behavior.”

The food concocting study surveyed 507 students from UAB and the University of Texas at El Paso enrolled in Psychology 101 classes, along with 45 clients seeking outpatient treatment for eating disorders in Cincinnati, Ohio. The sample included males and females and was 45.5 percent non-Hispanic White, 40 percent Hispanic and 10 percent African-American. There was no difference in concocting susceptibility between sexes or ethnicities.