In this corner, the author of “The China Study,” a bestselling book on nutrition which touts a plant-based, high carbohydrate/low protein diet for overall health and cancer prevention. In the other corner, co-author of “New Atkins for a New You,” an updated version of the high fat/low carb Atkins diet. The two square off at a public debate on the campus of the University of Alabama at Birmingham (UAB) on Wednesday, March 27, 2013.

T. Colin Campbell, Ph.D., wrote “The China Study” in 2005. A professor emeritus at Cornell University, Campbell was the director of the China-Oxford-Cornell study on diet and disease in the 1980s. The book chronicles his findings about diet and health from his career in basic science. While not calling himself a vegetarian or vegan, Campbell supports a whole-food, plant-based, low protein/low fat diet.

Eric Westman, M.D., has conducted clinical trials regarding the Atkins diet, made famous by Robert Atkins in 1972. The Atkins diet, sometimes called the antithesis of the China Study, suggests that lower consumption of carbohydrate and higher consumption of fat leads to better cardiovascular health. Westman is a physician specializing in obesity medicine and associate professor of internal medicine at Duke University. 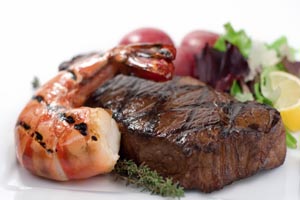 The public debate between Campbell and Westman, “High vs. Low Carbohydrate Diets for Cancer Control and Overall Health,” will take place from 5-6:30 p.m. March 27 at the UAB Alumni House, 1001 13th Street South. It is presented by the UAB Center for Palliative and Supportive Care and the UAB Comprehensive Cancer Center. The event is made possible through a gift by Deane Corliss and the Corliss family. Corliss was a member of the UAB Center for Palliative Care Community Advisory Board.

“This public forum is an outstanding way to mark March as National Nutrition Month in an educational and engaging way,” said Wendy Demark-Wahnefried, Ph.D., R.D., a professor in the UAB Department of Nutrition Sciences and associate director for cancer prevention and control in the UAB Comprehensive Cancer Center. “Drs. Campbell and Westman are two of the leading figures in the country in the study of diet, nutrition and health.”

Campbell has worked as a senior science adviser to the American Institute for Cancer Research and sits on the advisory board of the Physicians Committee for Responsible Medicine. He is known in particular for research, derived in part from the China Project, which appears to link the consumption of animal protein with the development of cancer and heart disease. 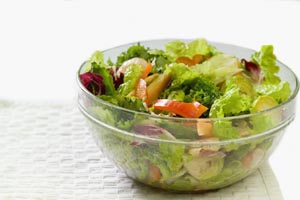 “Eating a whole-food plant-based diet has become an urgent matter from several perspectives,” said Campbell. “Not only will it improve your health – and the evidence behind this claim is now overwhelming – but it will also dramatically reduce health care costs, as well as reduce violence to our environment and to other sentient beings.”

Westman is the director of the Duke Lifestyle Medicine Clinic, an associate editor for the journal Nutrition & Metabolism and president-elect of the American Society of Bariatric Physicians. He was commissioned to write “The New Atkins for a New You” with Stephen Phinney and Jeff Volek by Atkins Nutritionals.

“The science behind Atkins-like diets is strong, and I use the Atkins diet in my clinical practice,” said Westman. “The Atkins diet has always been about choosing good sources of carbs, protein and fat. Atkins is healthy eating. I think the public perception is that it is nothing but beef and bacon, but there are a lot of different protein sources – seafood, chicken, eggs, cream and cheese. And it includes vegetables – it is low-carb, not no-carb.”

“We are looking forward to a stimulating discussion,” said Elizabeth Kvale, M.D., associate professor in the Division of Gerontology, Geriatrics and Palliative Care and a scientist in the UAB Comprehensive Cancer Center. “Each speaker will present their views, with time for rebuttal and questions from the audience.”