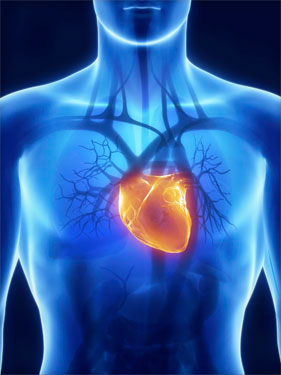 The heart failure drug digoxin, used less and less since it “failed” in its 1997 clinical trial, may do something no drug has achieved since: reduce by 34 percent the chances that heart failure patients will be admitted to the hospital within 30 days of first taking it, according to an analysis highlighted today at the American College of Cardiology’s 62nd Annual Scientific Session and published online simultaneously in The American Journal of Medicine.

Preventing frequent admissions became a national priority last year as the Centers for Medicare and Medicaid Services (CMS) penalized thousands of hospitals an estimated total of $300 million for having above average 30-day readmission rates in patients with pneumonia, heart attack or heart failure.

CMS leveled the penalties as part of federal healthcare reform and with the rationale that many admissions and readmissions are preventable if care is handled properly. While that is a matter of debate, one in five Medicare recipients is readmitted within 30 days at an annual cost of $17 billion, with heart failure the most common culprit. Digoxin is known to reduce acute heart failure symptoms like shortness of breath, the kind of frightening experience that sends people racing to emergency rooms.

“This is the first study to suggest that any drug, old or new, can dramatically reduce the risk of 30-day, all-cause hospital admission among older heart failure patients,” said Ali Ahmed, M.D., M.P.H., professor in the divisions of Gerontology, Geriatrics, & Palliative Care  and Cardiovascular Disease within the School of Medicine at the University of Alabama at Birmingham (UAB). Ahmed today presented the work by researchers from UAB and Birmingham Veterans Affairs Medical Center as part of the ACC’s Late Breaking Clinical Trials session.

The current study is a re-analysis of data from the original Digitalis Investigation Group (DIG) trial, which was funded by the National Heart, Lung, and Blood Institute (NHLBI) and the Veterans Affairs Cooperative Studies program. DIG was a randomized, controlled clinical trial conducted in the early 1990s in which digoxin failed to lower the risk of death (all-cause mortality) in patients with chronic heart failure. The treatment did, however, reduce the risk for hospitalization due to worsening heart failure by 28 percent when patients were followed for three years.

After it failed to reduce mortality, digoxin went from one of the most prescribed heart failure drugs to an afterthought, despite its being approved by the U.S. Food and Drug Administration as an oral treatment for “mild to moderate heart failure.” In the meantime, newer drug classes like beta blockers and aldosterone antagonists came into vogue after successfully reducing both mortality and hospitalization in pivotal trials. Interestingly, while these drug classes reduced hospital admission over the long term, their effect on all-cause 30-day readmission was never studied.

The DIG study looked at patients with systolic heart failure, where the heart’s blood-pumping capability deteriorates, in some cases after a heart attack, or for reasons not completely understood. Because of the reduced pumping strength, the field once thought of heart failure as a mechanical pump failure.

Accordingly, researchers first tried drugs like milrinone and vesnarione, positive inotropes that increase the strength of the heart’s contractions. While the drugs increased pumping strength and made patients feel better, they also increased mortality and failed to address underlying disease processes. 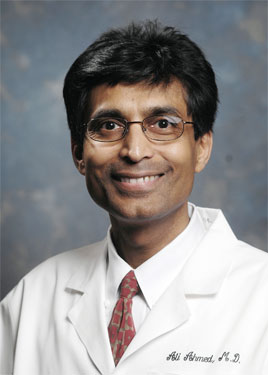 Researchers then came to understand that heart failure worsens because of the body’s response to it. As the heart weakens, the body’s organs, starved of oxygen and energy, trigger the same systems that make the heart pump harder when we are scared (sympathetic nervous system, adrenaline), along with those they interact with (renin-angiotensin). Neurohormonal and neurohumoral are umbrella terms for these systems and, initially, they change (remodel) the structure of heart chambers such that they work more efficiently.

As heart failure progresses, however, neurohormonal signals continue to remodel the heart’s ventricles until the heart pumps blood with less efficiency. Drugs such as angiotensin-converting enzyme (ACE) inhibitors, aldosterone antagonists and beta blockers interfere with neurohormones to improve outcomes. The medications keep the weakened heart from working too hard, which prevents processes that thin out heart chamber walls. Unlike digoxin, these drugs reduced both death and hospitalization in key clinical trials, and became first-line treatments for heart failure.

“In our obsession to a make a dent in the intractable, high death rates seen with chronic heart failure, we almost forgot that most heart failure patients are older adults, and that this disease is the leading cause of hospital admission and readmission for these patients,” said Ahmed, also professor in the Department of Epidemiology within the UAB School of Public Health and director of the Advanced Illness, Multimorbidity and Heart Failure (AIM-HF) program in the UAB Center for Aging. “In the process, we ignored a drug in digoxin with proven ability to reduce the risk of hospitalization due to worsening heart failure.”

After digoxin failed to reduce mortality in the DIG trial, its prescription rate dropped from two thirds of patients in the 1990s to perhaps one third today, said Ahmed.  Evidence has emerged since then that a low dose of digoxin not only reduces the risk of hospitalization, but may also reduce the risk of death.

“Digoxin is the only inotrope that does not increase mortality at the traditional inotrope dose,” said Robert Bourge, M.D., professor in the division of Cardiovascular Disease and vice-chair for Clinical Affairs and Development in the Department of Medicine within the UAB School of Medicine. “Furthermore, research has shown that in low doses, digoxin may also block neurohormone systems like beta blockers or ACE inhibitors. Add that to its ability to reduce 30-day, all-cause hospital admission, and the field may need to rethink its use of digoxin,” said Bourge, also first author of the study.

He added that William Withering, the English physician who discovered digoxin more than 200 years ago, predicted that “… in spite of opinion, prejudice or error, time will fix the real value upon this discovery.”

Despite the attention received by the new analysis of the digoxin data, the authors emphasized that the findings will not change practice unless the findings are replicated in studies that show digoxin also reduces 30-day, all-cause hospital readmission in older patients discharged from hospitals after acute heart failure. The current analysis used the rate of first-time hospital admission among outpatients within 30 days as a model for what would happen when typically sicker hospitalized patients are discharged from the hospital but return within a month.

One sign that the observed outpatient benefit may extend to those hospitalized: the reanalysis showed a greater benefit the more severe a patient’s heart failure.

"Heart failure is a major public health issue with our growing aging population, and no medications have yet been shown to reduce the high 30-day hospital readmission rates for  patients recently discharged from an acute heart failure hospitalization," said Jerome Fleg, M.D., medical officer at the National Heart, Lung, and Blood Institute (NHLBI) and coauthor on the study.

The original DIG study was supported by the NHLBI. The current manuscript was prepared using a limited access dataset obtained from the NHLBI and does not necessarily reflect the opinions or views of the DIG study or the NHLBI.