The UAB Diabetes Research Center is part of nationwide study on benefits and risks of four widely used diabetes drugs in combination with metformin.


Investigators at the University of Alabama at Birmingham (UAB) are studying the long-term benefits and risks of four widely used diabetes drugs in combination with metformin, the most common first-line medication for treating type 2 diabetes. Recruitment of volunteers for the project, called the Glycemia Reduction Approaches in Diabetes: A Comparative Effectiveness (GRADE) Study, begins in June. 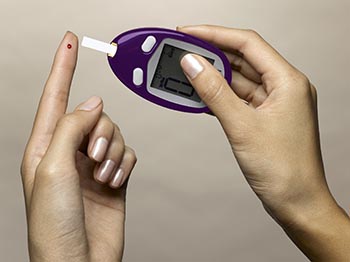 Doctors may add one of several other drugs to lower glucose, blood sugar, if metformin is not enough to manage type 2 diabetes in a person. While short-term studies have shown the efficacy of different drugs when used with metformin, there have been no long-term studies to determine which combination works best and has the fewest side effects.

“It is estimated that nearly 1 in 3 children, and actually 1 in 2 minority children, born after the year 2000 will develop type 2 diabetes,” said W. Timothy Garvey, M.D., professor and chair of the Department of Nutrition Sciences and co-primary investigator for the GRADE study at UAB. “Type 2 diabetes progresses gradually, and this study will help us understand how different combinations of medicine affect the disease and the people who are taking those medications over time.”

The UAB Diabetes Research Center (DRC), directed by Garvey, will host the study. The DRC features researchers from the UAB schools of Health Professions, Medicine and Public Health, among other units.

GRADE aims to enroll about 5,000 patients at UAB and 36 other sites. Researchers are seeking people diagnosed with type 2 diabetes within the last five years. Participants may be on metformin, but not on any other diabetes medication. During the study, all participants will take metformin, along with a second medication randomly assigned from among four classes of medications, all approved for use with metformin by the U.S. Food and Drug Administration.

The study will compare drug effects on glucose levels, adverse effects, diabetes complications and quality of life over an average of nearly five years.

“What separates this study from others is that we will compare, over a long period of time, the most commonly used type 2 diabetes drugs head-to-head,” said Andrea L. Cherrington, UAB co-primary investigator for the GRADE study at UAB and scientist in the DRC. “This study will help physicians administer personalized treatment, and ultimately provide better results for type 2 diabetes patients’ long-term care.”

Participants will have their diabetes medication managed free of charge through the study, including at least four medical visits per year, but will receive other health care through their own service provider. Those interested should contact Dana Golson by email, ccnrn@uab.edu or by phone, 205-996-4015.