by Jim Bakken
How early obesity develops and how long someone is obese significantly impacts the development of coronary artery calcification.

The longer someone is obese and having abdominal obesity beginning in young adulthood are associated with higher rates of coronary artery calcification, a significant predictor for the development of heart disease, according to a new study by University of Alabama at Birmingham (UAB) researchers and colleagues published in the July 17, 2013, issue of the Journal of the American Medical Association (JAMA). 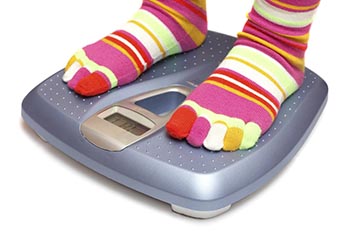 Authors said the findings suggest that preventing or delaying the onset of obesity in young adulthood may lower the risk of developing coronary artery calcification — or atherosclerosis — through middle-age, which has the potential of lowering the incidence of cardiovascular disease in the United States.

“Recent studies have shown that the duration of overall obesity is associated with higher rates of diabetes and mortality independent of the degree of adiposity. However, few studies have determined the cardiovascular consequences of long-term obesity,” said study co-author Cora E. Lewis, M.D., professor in the UAB Division of Preventive Medicine.

According to Lewis, obesity rates for adults have doubled, and the rates for adolescents have tripled during the past three decades, and younger individuals are experiencing a greater cumulative exposure to excess fatty tissue during their lifetime.

Lewis and colleagues looked at the length of time someone was obese and the level of abdominal obesity they had, then tracked the presence and progression of coronary artery calcification. The multicenter community-based Coronary Artery Risk Development in Young Adults (CARDIA) study included 3,275 white and black adults ages 18-30 at the beginning of the study period (1985-1986) who did not initially have overall obesity, measured in body mass index (BMI), or abdominal obesity, measured in waist circumference.

Participants completed computed tomography (CT) scanning for the presence of coronary artery calcification during 15-, 20- and 25-year follow-up examinations. Duration of overall and abdominal obesity was calculated using repeat measurements of BMI and waist circumference, respectively, performed 2, 5, 7, 10, 15, 20 and 25 years after the beginning of the study. Of the 3,275 eligible participants, 45.7 percent were black and 50.6 percent were women.

“We found that each year of overall or abdominal obesity beginning in early adulthood was associated with a 2-4 percent higher risk for coronary artery calcification and its progression later in life,” Lewis said.

Compared to those who were never obese, those with the longest duration of both overall and abdominal obesity had the highest odds for progression of coronary artery calcification.

“These findings not only suggest that lowering the length of exposure to obesity can decrease the incidence of cardiovascular disease, they also indicate that in order to estimate the effect of cumulative exposure to excess overall and abdominal obesity over a person’s life, future studies should measure both the degree and duration of obesity,” she said.

Lewis said that with the increasing prevalence of abdominal obesity, and its role in the development of heart disease, studies like this are important.

“Information such as this is critical to understanding the consequences of a greater prevalence and cumulative exposure to excess fatty tissue over a lifetime as a result of the obesity epidemic,” she said.