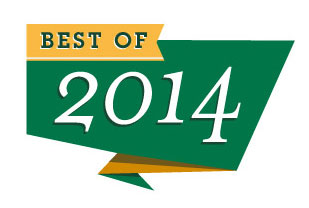 Innovative methods of drug discovery don’t always take place in an academic laboratory. They may start there, but they can also happen in orbit aboard the International Space Station, as protein crystallization research from UAB is about to demonstrate once again.

Innovative methods of drug discovery do not always take place in an academic laboratory. They may start there, but they can also happen in orbit aboard the International Space Station, as protein crystallization research from the University of Alabama at Birmingham is about to demonstrate once again. 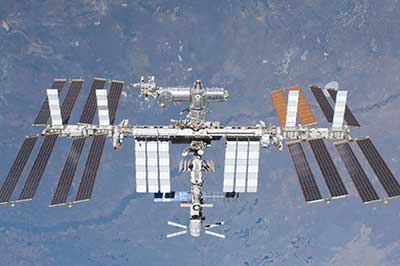 “The human body contains many proteins known to be involved in a number of diseases,” said Lawrence DeLucas, O.D., Ph.D., director of the Center for Biophysical Sciences and Engineering. “Understanding the atomic structure and function of a protein allows scientists to begin development on compounds that can interact with the protein and subsequently regulate its function.”

In order to determine the structure of a protein, the researcher must experiment with solutions that allow the protein to form crystals. Research has shown that many proteins flown in space demonstrated the propensity to grow crystals with an increased size and quality compared to crystals grown in a lab on Earth.

Analyzing a resulting protein crystal includes X-ray diffraction, whereby the crystal form of the protein is subjected to an X-ray beam. The X-rays create a pattern of all the amino acids in the protein that scientists then use to create models for drug design. X-ray crystallography is considered by many to be the optimal method for evaluating protein crystals. This method, utilized in university and pharmaceutical laboratories, is often referred to as structure-based drug design, and it has contributed to development of a multitude of drugs to treat cancer, HIV, diabetes, and other chronic and infectious diseases.

Scientists with the CBSE have been interested in microgravity research for years. DeLucas, a former Space Shuttle mission specialist, performed his own protein crystallization experiments on board the STS-50 space shuttle flight (June 25-July 9, 1992).

Current protein research from the CBSE

DeLucas and his team are working to demonstrate the benefits of microgravity on protein crystallization. There are close to 100 proteins being utilized in the crystallization experiments scheduled for the launch of the SpaceX-3 rocket to the ISS on March 16.

The growth of these crystals is compared to control experiments performed at UAB. Researchers from across the United States have contributed their protein samples for flight. These proteins will remain on the ISS until August, when they return to Earth.

The analysis will be performed as a double-blind experiment, meaning that the researchers will not know which crystals for each protein were grown in space versus in the ground control experiments.

“This is a better method to evaluate the results since there is no chance for bias during the analysis,” DeLucas said.

Potential outcomes of this microgravity research

DeLucas believes the design of this study will provide a statistically relevant sampling of protein crystallization experiments that benefit from a microgravity environment, which would make this flight a success.

“This is a very important flight, the goal of which is to demonstrate whether microgravity is a valuable resource for improving the quality of a protein crystal,” DeLucas said.

He hopes NASA will consider expanding the program and perhaps get other government agencies involved to support structural biology research in microgravity.

“There are many projects with proteins that are considered high-value drug targets that have been unable to grow diffraction-quality crystals,” DeLucas said. “We would like to determine whether microgravity can play a role in overcoming such obstacles found in structure-based drug discovery.”

Getting students engaged in science

In addition to the goals outlined for advancing structural biology research with this grant, DeLucas wanted to engage high school students to participate in a subset of flight experiments.

Students from 10 Alabama high schools were selected by their schools to participate in developing their own set of protein crystallization experiments. DeLucas and members from his laboratory provided tutorials and guidance on the experimental designs as well as provided the schools with the materials needed. Their experiments will also launch on the SpaceX-3 rocket.

“I believe it is essential for the development of the next generation of scientists to engage them early in their academic careers, and high school is the perfect time to motivate and inspire many of these students to pursue academic degrees in STEM fields,” DeLucas said. “These students are excited to have their experiments launched into space; it is a unique opportunity.”

When the experiments return, each group of students will analyze their samples, prepare posters and orally present their results to a nonbiased panel of UAB scientists in early 2015. The presentations will be judged, and the top three presenting groups will be awarded scholarship money.

DeLucas credits Kevin Walsh, Ph.D., executive director of the Youth Leadership Development Program with the Greater Alabama Council of the Boy Scouts of America, as instrumental in the recruitment of the schools. He is solely responsible for raising the scholarship money to be awarded at the end of the project.

“Dr. Walsh and the YLDP have been wonderful at not only raising money for scholarships, but raising the awareness of our educational outreach goals to several school systems in our area,” DeLucas said. “Their efforts have been phenomenal.”

Update: According to SpaceX, this launch has been delayed until March 30,  with April 2 as a backup date. Watch the launch live at www.spacex.com/webcast.