Brain inflammation a hallmark of autism, according to large-scale analysis

by Bob Shepard
A ramped-up immune response may play a major role in autism disorders, according to a new study from UAB and Johns Hopkins. 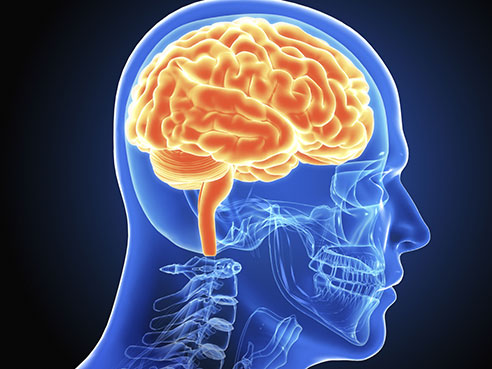 While many different combinations of genetic traits can cause autism, brains affected by autism share a pattern of ramped-up immune responses, an analysis of data from autopsied human brains reveals. The study, a collaborative effort between Johns Hopkins and the University of Alabama at Birmingham, included data from 72 autism and control brains. It was published online in the journal Nature Communications.

“There are many different ways of getting autism, but we found that they all have the same downstream effect,” said Dan Arking, Ph.D., an associate professor in the McKusick-Nathans Institute for Genetic Medicine at the Johns Hopkins University School of Medicine. “What we don’t know is whether this immune response is making things better in the short term and worse in the long term.”

The causes of autism, also known as autistic spectrum disorder, remain largely unknown and are a frequent research topic for geneticists and neuroscientists. But Arking noticed that studies of whether and how much genes were being used — known as gene expression — involved too little data to draw many useful conclusions about autism. Unlike a genetic test, which can be done using nearly any cells in the body, gene-expression testing has to be performed on the specific tissue of interest — in this case, brains that could be obtained only through autopsies.

Previous studies identified autism-associated abnormalities in cells that support neurons in the brain and spinal cord. In this study the research team was able to narrow in on a specific type of support cell known as a microglial cell, which polices the brain for pathogens and other threats. In the autism brains, the microglia appeared to be perpetually activated — and the genes for inflammation responses turned on.

“This type of inflammation is not understood well, but it highlights the lack of current understanding about how innate immunity controls neural circuits,” said Andrew West, Ph.D., an associate professor in the UAB Department of Neurology and co-author of the study.

“Given the known genetic contributors to autism, inflammation is unlikely to be its root cause,” Arking said. “Rather, this is a downstream consequence of upstream gene mutation.”

The next step, he says, would be to find out whether treating the inflammation could ameliorate symptoms of autism.

The study was funded by the Simons Foundation and the National Institute of Mental Health.