The $1 billion Campaign for UAB continues to set fundraising records

The University of Alabama at Birmingham’s Campaign for UAB: Give Something, Change Everything caps off 2014 with record-breaking December. 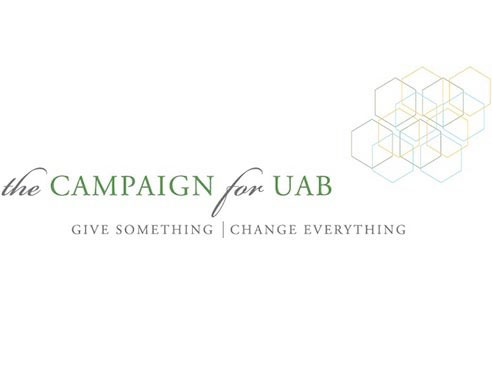 The Campaign for UAB, the most ambitious fundraising effort in the history of the University of Alabama at Birmingham, with a goal to raise $1 billion by the end of 2018 to support institutional needs and priorities, capped off 2014 with the most successful December in UAB history.

“Our campaign co-chairs, campaign leadership and I are grateful for the support and generosity of our donors, alumni and friends who help support our faculty and staff, our smart and talented students, and our patients, as well as countless others who depend on UAB as a comprehensive university,” said UAB Senior Vice President Shirley Salloway Kahn. “Our broad mission allows people to connect with us in areas they are passionate about supporting, and we truly appreciate their strong commitment to UAB.”

The Campaign surpassed the halfway point to its ambitious $1 billion goal in the summer, and it ended 2014 with more than $555 million raised; 74,000-plus donors have contributed.

“It is no secret that UAB is changing our community and our world for the better by giving opportunities to bright young people, retaining and recruiting outstanding faculty and staff, innovating in disciplines across campus, and finding cures for diseases,” Children’s of Alabama CEO and Campaign for UAB Co-chair Mike Warren said. “Children’s of Alabama was proud to contribute to the Campaign, and it is exciting in my role as co-chair to help donors see how they can enhance and accelerate the important work going on here.”

“Continued success in a fundraising effort of this scale will reap vastly improved educational and student-experience opportunities, health care, and quality of life, as well as robust research initiatives and economic development,” UAB President Ray L. Watts said. “We are working hard to strengthen our position as one of the nation’s most productive and dynamic comprehensive universities, and the Campaign continues to propel UAB into a very promising future that builds on tremendous momentum across campus.”

To learn more about the “Give Something, Change Everything” campaign, follow its progress or give, visituab.edu/campaign.