HIV/AIDS is the leading cause of death worldwide for women ages 15-44 years, and UAB serves as a site for the latest study by the Microbicide Trials Network, which has previously studied this new approach with positive results in other female age groups. 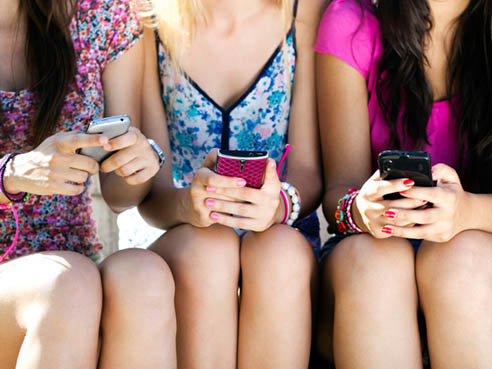 Researchers at the University of Alabama at Birmingham continue efforts to find safe and effective HIV-prevention methods with a new study in female U.S. teens.

HIV/AIDS is the leading cause of death worldwide for women ages 15-44 years, and young women ages 15-24 years are twice as likely to be at risk of HIV infection compared to young men in the same age group, according to the World Health Organization.

UAB is a site for the Microbicide Trials Network, an HIV/AIDS clinical trials network established in 2006 focused on developing and evaluating promising microbicides, and has led numerous studies.

The latest study to be led by UAB, MTN-023/IPM 030, is a Phase IIa study evaluating the safety and acceptability of a vaginal ring containing an antiretroviral (ARV) drug called dapivirine among teenage girls ages 15-17 in the United States. The study is being conducted at six sites to collect critically important information in support of the ring’s potential regulatory approval as a method for preventing HIV in women.

“We have studied this compound before,” said Craig Hoesley, M.D., professor of medicine and site lead investigator. “We’ve looked at the safety in gel form, in ring form, alone and combined with other HIV drugs in women between the ages of 19 and 40. Also, we recently completed a study of this same ring in a postmenopausal population, so we have a lot of experience with this ring in Phase 1 work mainly looking at safety and pharmacokinetics of the drug.”

Getting regulatory approval of this HIV prevention would require studies conducted in women younger than 18 — an age group that is among those at highest risk of HIV, especially in the developing world, Hoesley says. Taking place in parallel is a Phase 3 drug trial, the ASPIRE study, which is finishing in Africa.

“The ASPIRE study is in adult women, and we believe, if it demonstrates efficacy, this dapivirine ring could become the first FDA-approved microbicide product,” Hoesley said. “That’s why there’s urgency to get safety data in adolescents, because if it does prove effective in adult women, we expect younger women would use the drug. The drug has been used in hundreds of women in the United States and Africa, and there are no safety signals to date.”

Hoesley says the dapivirine ring’s safety and acceptability in U.S. teens will in turn help inform the design of a larger trial involving African girls of the same age.

“We really believe this dapivirine ring has the potential to be the first HIV-prevention tool for women that they specifically can control,” Hoesley said.

MTN-023/IPM 030 is expected to be completed and have results in 2016. If you or someone you know is interested in participating, please call or text (205) 671-TEEN, or visit the website at www.imatterstudy.org.