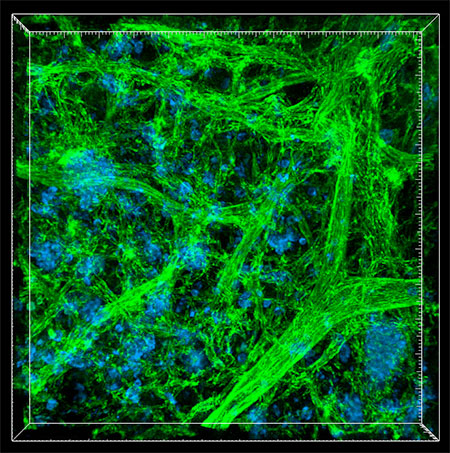 Developing human islets are inter-connected by a rich vascular network. The University of Alabama at Birmingham’s Comprehensive Diabetes Center is one of five centers worldwide to be selected as part of the inaugural Human Islets Research Network, a consortium established to help organize and support collaborative research related to the loss of functional beta cell mass in type 1 diabetes.

The National Institute of Diabetes and Digestive and Kidney Diseases (NIDDK) and the type 1 diabetes special funding program support the project. All of the groups involved in the network met for the first time in person in May in Bethesda, Maryland.

“It’s an honor to be selected to be part of this initiative and speaks well to the work of our research teams here in the UAB Comprehensive Diabetes Center,” said Anath Shalev, M.D., director of the center, which was awarded almost $2 million for the project. “We are particularly grateful to the Birmingham community for its generous philanthropic support that allowed us to successfully compete for this award.” 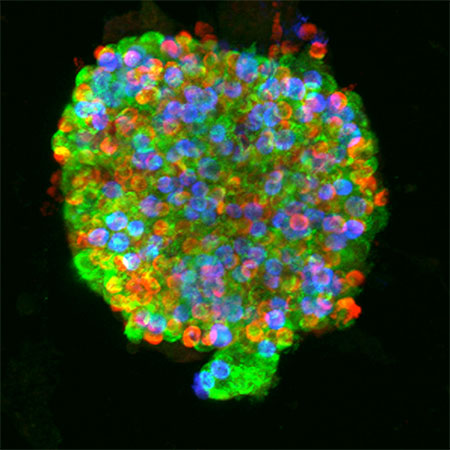 Architecture of adult human islets differs from developing islet clusters. In contrast to developing islets, endocrine cells are intermingled in adult human islets.Shalev’s research will fall under CTAR, where she will be targeting TXNIP to enhance beta cell mass in type 1 diabetes. Beta cell death and loss of functional beta cell mass is a major problem of diabetes. UAB scientists have proved through years of research that high blood sugar causes the body to overproduce a protein called TXNIP, which is increased within the beta cells in response to diabetes but had never previously been known to be important in beta cell biology. Too much TXNIP in the pancreatic beta cells leads to their deaths and thwarts the body’s efforts to produce insulin, thereby contributing to the progression of diabetes.

But UAB scientists have also uncovered that the drug verapamil, which is widely used to treat high blood pressure, irregular heartbeat and migraine headaches, can lower TXNIP levels in these beta cells — to the point that, when mouse models with established diabetes and blood sugars above 300 milligrams per deciliter were treated with verapamil, the disease was eradicated.

Based on these findings, the UAB Comprehensive Diabetes Center is now conducting a human clinical trial to test the effects of verapamil in adult patients with new-onset type 1 diabetes. The trial, which has enrolled almost 10 participants since launching earlier this year, is testing an approach different from any current diabetes treatment by focusing on promoting the patient’s own beta cells.