by Jim Bakken
UAB’s Campaign for UAB has raised more than $617 million toward its $1 billion goal in the university’s largest-ever and most comprehensive philanthropic campaign. 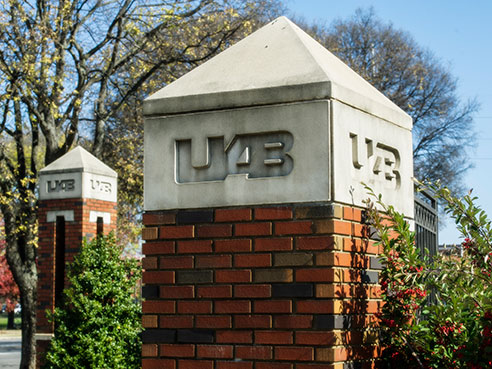 The University of Alabama at Birmingham’s Campaign for UAB: Give Something, Change Everything has surpassed $600 million toward its $1 billion goal in the university’s largest-ever and most comprehensive philanthropic campaign.

After a silent phase, the Campaign launched publicly in October 2013. Overall, 83,554 donors have invested $617,059,924 in programs and projects ranging from academic scholarships benefiting 5,700 students and 46 new endowed faculty positions, to $121 million in research support and $27 million for facility enhancements. The Campaign total includes commitments as large as the $25 million naming gift for the Collat School of Business and contributions made to crowdfunding projects, many of which are less than $20.

“Every gift advances UAB’s mission to be a research university and academic health center that discovers, teaches and applies knowledge for the intellectual, cultural, social and economic benefit of Birmingham, the state and beyond,” said UAB President Ray L. Watts. “It is especially exciting to see how many donors — alumni, grateful patients, friends, foundations and corporations — have chosen to partner with us as we strive to be a first choice for education and health care and to make a powerful impact on economic development for our city, state and region.”

The Campaign has also received significant gifts in honor of those who have enjoyed rewarding careers at UAB. The Finley family — Sara J. Finley of Nashville, her brother, Dr. Randall W. Finley of Birmingham, and her father, Dr. Wayne H. Finley, also of Birmingham — gave $3.2 million to honor the careers of Dr. Wayne H. Finley and his wife, the late Dr. Sara Crews Finley, pioneers in the field of genetics and beloved members of the UAB faculty. The Sara Crews Finley, M.D., Leadership Scholarship recognizes a top student in the School of Medicine with a full-tuition scholarship for the final two years of medical school. The Reynolds Historical Library and Reynolds Historical Lectureship were renamed the Reynolds-Finley Historical Library and the Reynolds-Finley Historical Lectureship, respectively, in honor of Dr. Wayne H. Finley, a noted medical historian.

UAB’s Annual Giving program — spendable gifts from alumni and friends in response to phone, email or direct mail appeals — surpassed $1 million for the first time over the 2014-2015 academic year. Two-thirds of the 5,034 Annual Giving donors made their gifts in response to a phone call from a UAB student, and nearly 1,200 of those donors made their first gifts ever to UAB.

In November, UAB launched a crowdfunding platform as a tool for faculty, staff and students to seek grassroots support for special projects. Since its launch, nine projects have been successfully funded, ranging from the student-run Equal Access Birmingham Clinic for homeless people to a camp for children with neuromuscular disorders to providing naxolone kits to help prevent deaths from drug overdoses. Of 667 gifts given to date through UAB Crowdfunding, 315 gifts were made by first-time donors to UAB.

“We are deeply grateful to every donor who has contributed to this Campaign, as well as to our volunteer leadership,” said Senior Vice President Shirley Salloway Kahn. “Passing the $600 million mark reminds us that UAB touches every corner of our community — through education, student life, patient care, service and innovation that strengthens our economy.

“Through this Campaign, our donors are making a tremendous impact on UAB, Birmingham and beyond.”

The Campaign for UAB entered its public phase in October 2013 and will continue through 2018.