by Alicia Rohan
UAB is recruiting postpartum women who are still lactating, for a study on the effects of the antiretroviral drug used to prevent HIV transmission. 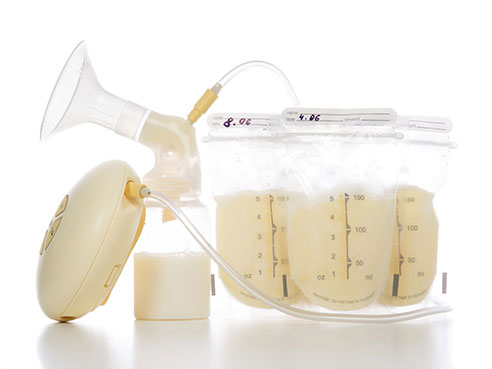 A new study at the University of Alabama at Birmingham School of Medicine’s Alabama Microbicide Clinical Research Site is looking at postpartum, lactating women’s absorption level of an antiretroviral drug called dapivirine. The drug is delivered via a vaginal ring and may help prevent HIV transmission.

“The use of intravaginal rings containing anti-HIV drugs, like dapivirine, is being widely studied as a female-controlled option to protect against the sexual transmission of HIV,” said Craig Hoesley, M.D., senior associate dean and chair for Medical Education at UAB. “As part of this process, we need to make sure these agents are safe for women, including women who have recently given birth and are breastfeeding.”

UAB is one of two sites conducting the study in conjunction with the Microbicide Trials Network. Researchers are looking for eight women who have weaned their infants of breast milk, but are still lactating. Participants will continue to pump for two weeks while wearing the dapivirine vaginal ring. Researchers will look at the level of dapivirine in the breast milk to determine if the vaginal ring is safe for a woman to wear while breastfeeding and if the level of drug in the breastmilk is safe for an infant..

This study is part of ongoing research of the dapivirine vaginal ring, developed for healthy people to use to prevent transmission of HIV in the event they are exposed.