by Adam Pope
A new study published in the New England Journal of Medicine shows testosterone treatment can have benefits for men over age 65. 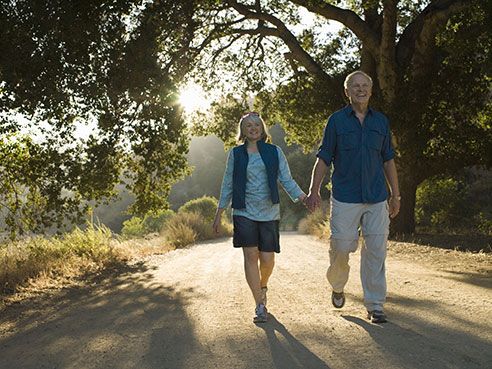 As men age, their testosterone levels decrease, but prior studies of the effects of administering testosterone to older men have been inconclusive. Now, a new study shows testosterone treatment for men age 65 and older improves sexual function, walking ability and mood, according to findings published in the New England Journal of Medicine by a team of researchers from 12 medical centers, including Cora E. Lewis, M.D., of the University of Alabama at Birmingham.

The Testosterone Trials, or TTrials, are a coordinated group of seven trials, and researchers have analyzed the results of the first three — sexual function, physical function and vitality. They found that testosterone treatment increased the blood testosterone level in the study subjects to the mid-normal range for younger men.

Testosterone treatment led to modest improvements in all aspects of sexual function, including sexual activity, sexual desire and the ability to get an erection. It also resulted in small improvements in indexes of mood and depression and some but not all measures of physical function. Treatment did not improve overall energy level.

With 51,085 men screened and 790 who qualified, the TTrials are now the largest trials to examine the efficacy of testosterone treatment in men 65 and older whose testosterone levels are low due seemingly to age alone.

Lewis, a professor in the UAB Division of Preventive Medicine and co-author on the testosterone study, says this new research fills a prominent gap in the evidence for the possible benefits of testosterone in men in this age group, a gap identified by a 2003 report from the Institute of Medicine. Additional evidence will come from the studies in other trials on cognitive function, bone health, cardiovascular disease and anemia.

“We now have some evidence on the specific symptoms that seem to respond, or don’t respond, to testosterone therapy in men 65 years old and over,” Lewis said. “However, there are still big questions about overall benefits and risks. The negative effects of testosterone treatment are still unclear.”

Across the three trials, adverse events including heart attack, stroke and prostate problems were similar in men who received testosterone and men who received placebo. So, while the TTrials did not find harmful effects, Lewis says a larger and longer clinical trial comparing testosterone therapy to placebo to definitively assess the risks is needed.

She also adds that it is important to have levels checked in the morning since testosterone levels naturally change over the course of a day.