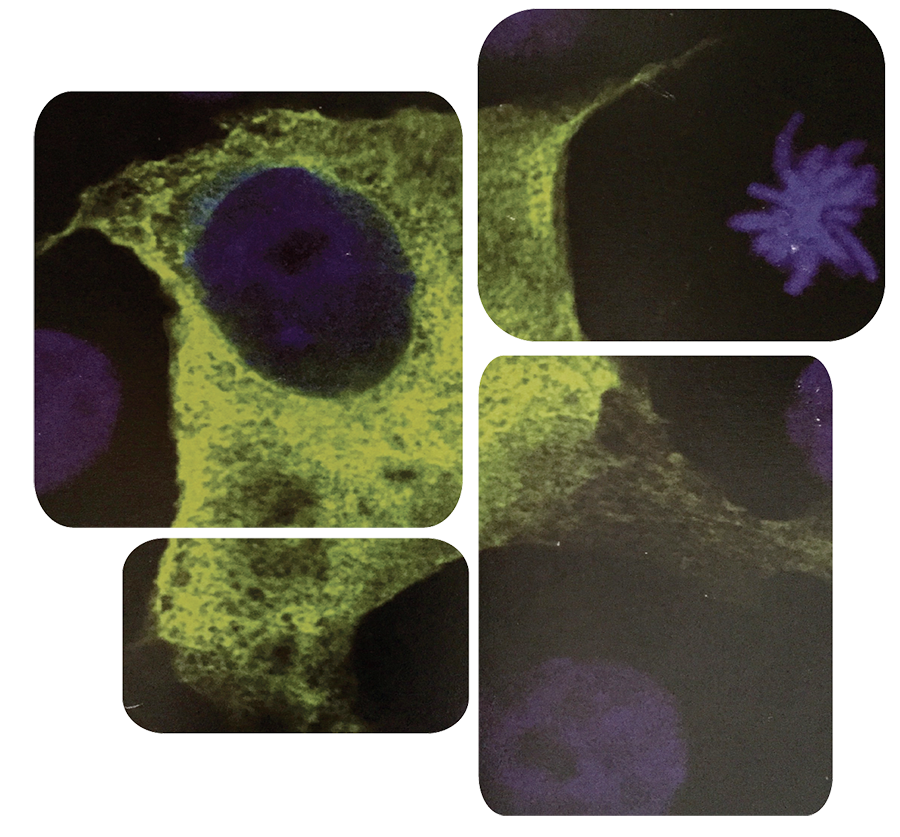 The DNA in human cells is tested for mutations.

The Medical Genomics Laboratory at the University of Alabama at Birmingham is expanding its technological array with a new panel of diagnostic tests for genetic diseases known as neurofibromatoses and rasopathies. Beginning April 18, the UAB lab will offer new tests using the technique called customized deep-coverage, next-generation sequencing or NGS.

This replaces a technique that has been state-of-the-art for more than 15 years. That technique was first developed and published in 2000 by Ludwine Messiaen, Ph.D., laboratory director and professor in the UAB Department of Genetics. Since her time at UAB from 2003, the Medical Genomics Laboratory has done more than 16,000 comprehensive neurofibromatosis type 1 tests, and it has built the world’s largest dataset for the mutations that cause this disease. The laboratory promoted its upcoming tests at the annual meeting of the American College of Medical Genetics and Genomics last month.

“Those clients who attended were very happy to hear the news,” Messiaen said. “The NGS approach retains the accuracy and sensitivity of the previous tests, and it includes genome sequencing of all areas of the gene involved in neurofibromatosis type 1, where mutations have been found in more than 8,100 unrelated neurofibromatosis type 1 individuals.” 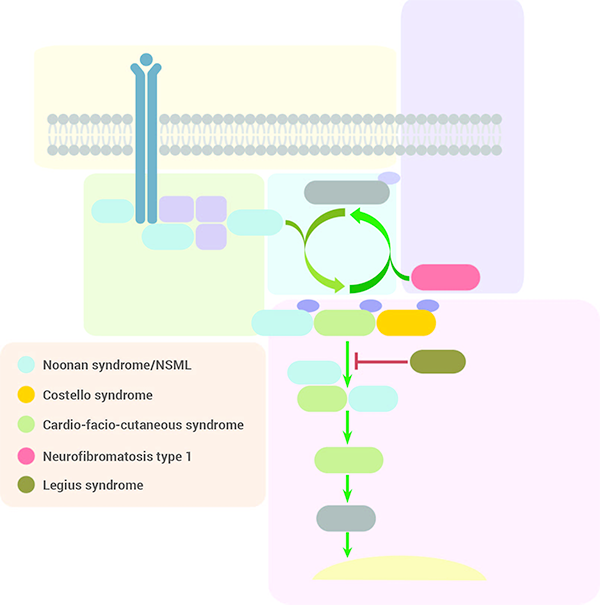 Proteins in the Ras-MAPK signaling pathway that are affected in the genetic diseases known as neurofibromatoses and rasopathies. Artwork by Jing Xie, Ph.D. Click to enlarge.


The new tests also look at other genes that can cause symptoms similar to the symptoms seen in neurofibromatosis type 1, to help accurately show the causes of those symptoms. Messiaen calls this broadened testing strategy “changing a winning horse.”

Neurofibromatosis type 1 is a genetic disorder that usually starts with café-au-lait skin markings, so named because of their distinctive coloring, in an infant. At puberty — already a challenging time in a person’s life — many patients develop benign skin tumors called neurofibromas that erupt as bumps across the body. Patients vary widely in their symptoms as well as age when symptoms develop. These symptoms can include freckles near skin folds of the body, nodules in the eyes, tumors along the optic nerve, developmental delay, and learning problems. NF1 can also overlap in symptoms with other conditions, broadly named rasopathies, caused by mutations in genes within the same cellular pathway.

Knowledge of the specific mutation in a patient can help doctors, patients and families better understand how to care for the patient and what to prepare for as he or she grows older. This is because different mutations are associated with milder or more severe courses of disease. The UAB Medical Genomics Laboratory is constantly doing basic research as it finds novel mutations not seen before, and it works to link specific genetic changes to the symptoms a patient is likely to show.

One benefit of the new tests for patients and referring physicians is the ability to eliminate the need to get blood samples delivered to the laboratory within 72 hours after the blood draw. This will simplify submission of samples, including the 15 percent that come from foreign countries. Also, testing can now start from a saliva sample, avoiding the need to take blood from small children.

The new NGS tests underwent rigorous validation, first using positive controls and then doing duplicate, double-blind analyses of 118 consecutive samples received for diagnostic testing of suspected neurofibromatosis type 1 or Legius syndrome. The new NGS tests all agreed with the existing state-of-the-art tests that the lab has used for 15 years, and the NGS testing exhibited greater power to detect 4 percent mutant allele mosaicism in one patient’s blood. The greater sensitivity and the inclusion of more genes means increased ability to diagnose the cause of a malformation syndrome.

Overall, the technological advances with the NGS approach will allow the UAB Medical Genomics Laboratory to examine more genes with the same sensitivity and at a lower price. The nonprofit laboratory is certified by the College of American Pathologists.

“We strive to offer the most sensitive, comprehensive and accurate genetic testing options for patients with a suspected diagnosis of any of the neurofibromatoses/rasopathies,” Messiaen said.

For more information regarding the testing services available at the Medical Genomics Laboratory, please visit the website at www.genetics.uab.edu/medgenomics or contact the lab directly at 205-934-5562 or at medgenomics@uabmc.edu.