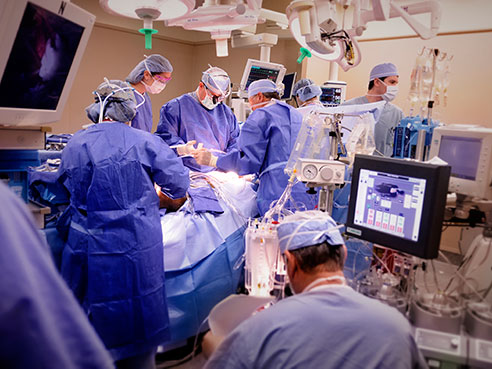 Researchers at the University of Alabama at Birmingham have identified key risk factors associated with patient readmission within 30 days after pediatric neurosurgery in a recent study published in the Journal of Neurosurgery: Pediatrics.

Of the 9,799 eligible neurosurgical procedures performed at 50 hospitals across the United States in patients younger than 18 years old, 11.2 percent were followed by an unplanned hospital readmission within 30 days.

Investigators used this study to determine baseline readmission rates for a variety of pediatric neurosurgical procedures. More than 10 factors were identified as increasing risk for patient readmission in this population. Readmission rates are often used as a metric to judge hospitals on the quality of care received by patients.

“One of the important findings from this study is many of the risk factors for readmission are not under the control of the surgeon or the hospital,” said Brandon Rocque, assistant professor in the UAB Department of Neurosurgery. “This calls into question the appropriateness of using a simple readmission rate as a measure of hospital quality.”

Four surgical procedures were associated with the higher rates of readmission, including CSF shunt revision, repair of the myelomeningocele larger than 5 cm in diameter, CSF shunt replacement and craniectomy to remove a particular type of brain tumor. Postoperative infections, specifically surgical site infection, were the strongest predictor of hospital readmission.

Health professionals can modify some of the risk factors, such as infection. Others, such as the need for oxygen supplementation or nutritional support, cannot be modified; but their presence can identify patients “who could benefit from discharge planning or direct efforts to facilitate safe hospital discharge without readmission.”