The $565,000 award will help grow the existing Southern hub to include additional institutions and provide more funding.
Written by: Katherine Shonesy
Need more information? Contact us 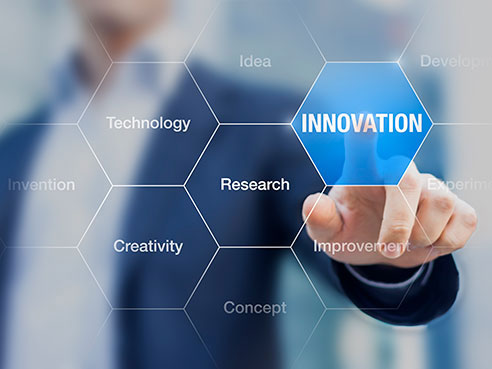 The National Science Foundation has included the University of Alabama at Birmingham as part of five new grants that will teach entrepreneurship and support research and innovation at regional hubs across the United States under its Innovation Corps (I-Corps™) program.

UAB will receive $565,000 over the next five years in a sub-award through Georgia Institute of Technology’s established Southern hub.

“This award highlights UAB’s work toward becoming a first-in-class institution in innovation and research,” said Kathy Nugent, executive director for UAB’s Bill L. Harbert Institute for Innovation and Entrepreneurship. “Our interdisciplinary approach to education is a perfect fit for the I-Corps program, and we are grateful to be able to work with the other member institutions to improve the entrepreneurial ecosystem and research efforts within our region. This will truly be a universitywide effort — from the Center for Clinical and Translational Science to the School of Engineering and Collat School of Business. ”

The innovation hubs, known as I-Corps nodes, provide the research infrastructure and training to help researchers transition fundamental science and engineering discoveries to the marketplace. They also support a number of I-Corps sites across the country and deliver a seven-week I-Corps curriculum to the I-Corps teams.

Ranging between $3.4 million and $4.2 million, this year’s awards will establish one new node and further fund four existing nodes over a five-year period. These include:

There are a total of eight I-Corps nodes.

“I-Corps nodes support the national innovation ecosystem and help some of America’s brightest researchers test the commercial potential of their discoveries,” said Grace Wang, acting assistant director for NSF’s Engineering Directorate. “We are thrilled to support these regional innovation hotbeds, which will help to foster local economic development and expand access to more researchers of all different backgrounds who seek entrepreneurship training.”

In 2011, NSF created the I-Corps program to train NSF-funded researchers to evaluate their scientific discoveries for commercial potential. Since then, more than 800 teams have completed the NSF curriculum from 192 universities in 44 states. This resulted in the creation of more than 320 companies that have collectively raised more than $83 million in follow-on funding.

“Through I-Corps, public and private partners are working cooperatively to build, use and sustain a national innovation ecosystem, further enhancing the development of technologies, products and processes that benefit society,” said Jim Kurose, assistant director of the Computer and Information Science and Engineering Directorate at NSF. “The interconnected I-Corps nodes offer a rich diversity of resources, tools, programs and capabilities for teaching and enhancing entrepreneurship.”

NSF last announced new nodes in 2014. In Fiscal Year 2016, NSF awarded $300,000 over three years to each of the 15 new I-Corps sites across the country. NSF also collaborates with other federal agencies — including the National Institutes of Health, the Department of Energy’s Advanced Research Projects Agency, the Department of Defense and more — to offer I-Corps training to their grantees.