This rapidly fatal brain cancer has seen only two improvements in therapy in 30 years, and research findings are pointing toward a unique new human clinical trial in 2017.

In a paper published today in Cancer Research, researchers: 1) identify a biomarker enzyme associated with aggressive glioma brain tumors, 2) reveal the regulatory mechanism for that enzyme, and 3) demonstrate potent efficacy, using a mouse model of glioma, for a small molecule inhibitor they have developed.

The inhibitor, GA11, retains a core structure that resembles natural inhibitors of the biomarker enzyme; but the inhibitor has been modified to help it pass through the blood-brain barrier.

“In principle, both these features make GA11 an attractive drug candidate to target glioma stem-like cells in glioblastoma multiforme tumors,” said Ichiro Nakano, M.D., Ph.D., and colleagues in the paper. 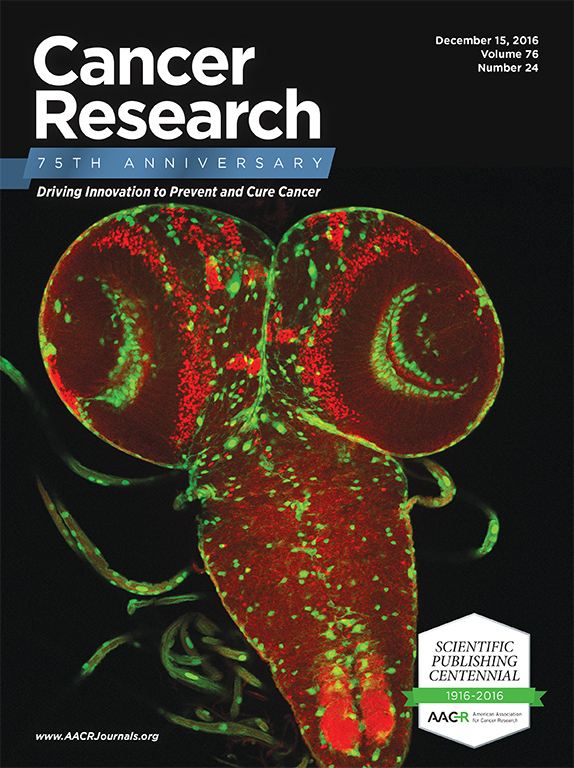 The Nakano paper is the cover story in Cancer ResearchNakano, a professor of neurosurgery and academic neurosurgeon at the University of Alabama at Birmingham, and Vito Coviello and Concettina La Motta, University of Pisa, Italy, are doing further preclinical evaluation of the GA11 and its analogs.

Glioblastoma multiforme, or GBM, is a formidable cancer foe. Only two therapeutic improvements have appeared in the past 30 years, increasing the average survival of patients from five months to 15 or 16 months, Nakano says.

A GBM tumor is a mix of different cells that respond differently to therapies. Small numbers of glioma stem-like cells, or GSCs, drive the tumorigenicity of GBM and thus are prime targets for possible treatments. One GSC subtype called the mesenchymal GSC is more malignant and the most therapy-resistant, so Nakano and fellow researchers reasoned that identifying the regulatory molecules active in mesenchymal GSCs might lead to novel and effective therapeutics.

Nakano and colleagues found that one form of the enzyme aldehyde dehydrogenase — ALDH1A3 — is a specific marker for mesenchymal GSCs, and his group is the first to show that, among the heterogeneous mix of cells in a GBM tumor, cells with high levels of ALDH1A3 expression were more tumorigenic in vivo than are cells that are low in ALDH1A3.

The researchers also found that the FOXD1 transcription factor regulates the production of ALDH1A3 in mesenchymal GSCs. In clinical samples of high-grade gliomas from patients, the expression levels of both FOXD1 and ALDH1A3 were inversely correlated with disease progression — gliomas with high levels were more rapidly fatal than were gliomas with low levels.

The FOXD1 transcription factor is normally active during development from a fertilized egg and embryo to a fetus, and it is silent after birth. The role of FOXD1 in GBM, Nakano and colleagues say, suggests that the mesenchymal GSCs have hijacked the molecular mechanism of normal embryonic development to promote tumor growth.

In preclinical testing, GA11 was validated several ways. The researchers showed that it inhibited ALDH in yeast, reduced ALDH1 activity in cell-culture spheres of mesenchymal GSCs, inhibited proliferation of glioma spheres in cell culture, and inhibited xenograft growth of GBM in mouse brains.

“In conclusion,” Nakano and fellow researchers wrote, “the FOXD1-ALDH1A3 axis is critical for tumor initiation in mesenchymal GSCs, therefore providing possible new molecular targets for the treatment of GBM and other ALDH1-activated cancers.”

Nakano says his study of the role of GSCs in GBM is just one approach to treat glioma tumors. Other labs are pursuing immunotherapy, the use of check-point inhibitors, vaccination and efforts to increase sensitivity to radiotherapy.

It will take combined therapies to treat glioblastoma, says Nakano, a senior scientist of the UAB Comprehensive Cancer Center. “We don’t believe that one therapy will be effective.” 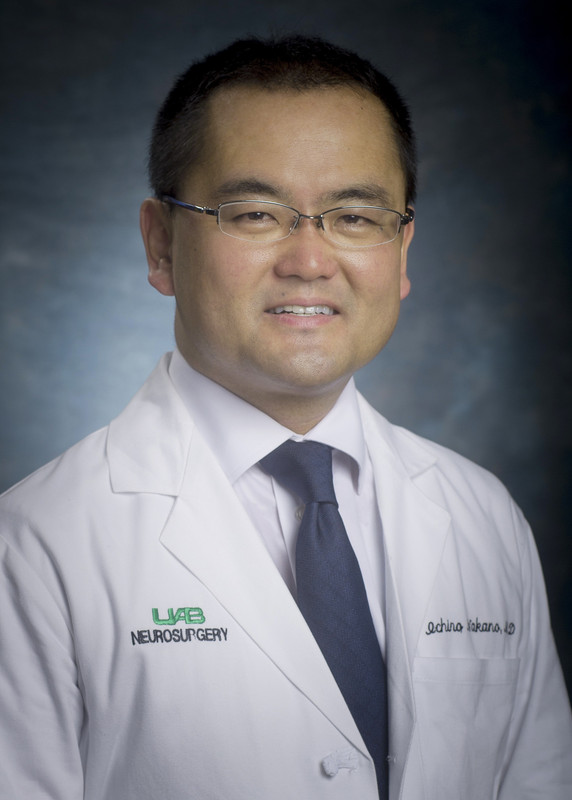 Nakano expects to launch a new clinical trial for glioblastoma in 2017, in conjunction with Burt Nabors, M.D., professor of neurology at UAB. Nakano says UAB will be the only site in the Deep South for this unique trial aimed at a molecular target in glioma stem cells, a target that is different from the ones described in the Cancer Research paper. The referral contact to Nakano’s service will be Lydia P. Harrell.

The Nakano lab is also working on brain metastases, tumors that spread into the brain from other parts of the body. Similar to high-grade gliomas, which originate in the brain, these metastatic brain tumors are lethal, and there are very few therapeutic options. Nakano believes the core stem cell genes and signaling pathways are shared between gliomas and brain metastases.

“If so,” he said, “the molecular targets identified for gliomas are most likely essential in brain metastases. Studies are underway, and similar to the glioma therapy development, I am working to develop clinical trials for brain metastasis, together with medical oncologists Mansoor Saleh, M.D., Andres Forero, M.D., and others at UAB.”

Funding came from National Institutes of Health grants P01CA163205, R01NS083767, R01NS087913 and R01CA183991. Support also was provided by The First Hospital of China Medical University, and by the Graduate Program and startup funds at the University of Dayton.