by Bob Shepard
UAB’s Center for Exercise Medicine has two exercise studies underway, one for patients needing joint replacement and one to boost muscle in seniors. 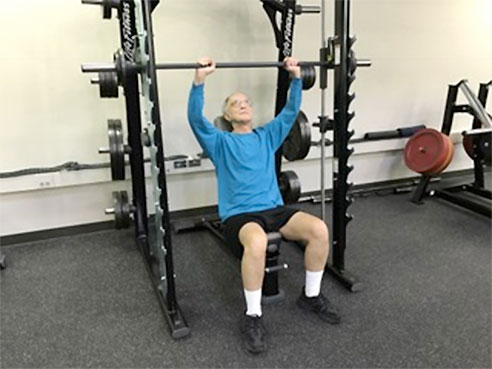 Study subjects work out at the new state-of-the -are Exercise Clinical Trials Facility, which features all new equipment, labs, an exam/procedure room and locker/shower rooms. Two clinical trials at the University of Alabama at Birmingham Center for Exercise Medicine aim to build strength and stamina in seniors and in patients scheduled for joint replacement surgery. The first looks to use a prescribed exercise routine to speed recovery in knee and hip replacement patients. The second will use exercise and a drug typically used to treat diabetes to see if the combination builds more strength and muscle mass than exercise alone in seniors.

The knee and hip replacement trial, called “Overcoming TWEAK Signaling to Restore Muscle and Mobility After Joint Replacement,” or TWEAK for short, is recruiting individuals ages 40-80 who are scheduled for hip or knee replacement due to arthritis. TWEAK is the name given to a protein identified in 1997 known to induce apoptosis, or programmed cell death.

“Because individuals with abnormally high muscle inflammation, or TWEAK signaling, are predicted to suffer failed muscle recovery and persistent dismobility under usual care, the study seeks to learn whether the impact of an exercise intervention will be greatest among these patients,” said primary investigator Marcas Bamman, Ph.D., director of the UCEM.

Participants in the randomized trial will receive free health and fitness monitoring and body composition testing. Half will also receive personal fitness training with certified trainers as part of a supervised exercise program. The testing and training takes place at the center’s state-of-the-art Exercise Clinical Trials Facility, which features all new equipment, labs, an exam/procedure room, and locker/shower rooms.

The clinical team is made up of researchers from the Center for Exercise Medicine, the Division of Orthopaedic Surgery, and the Comprehensive Arthritis, Musculoskeletal, Bone and Autoimmunity Center. The trial is funded by the Eunice Kennedy Shriver National Institute of Child Health and Human Development, ClinicalTrials.gov: NCT02628795.

The MASTERS Trial — Metformin to Augment Strength Training Effective Response in Seniors — is recruiting healthy adults ages 65 and older who have never had diabetes for a study combining strength training with the anti-diabetes drug metformin. Also led by Bamman, the study seeks to test the hypothesis that the combination might help older adults regrow muscle.

“Muscles atrophy as we age, and inflammation is one of the suspected causes,” Bamman said. “We have evidence from previous studies that metformin can play an important role in reducing inflammation in the muscles, and this study looks to confirm those preliminary findings.” 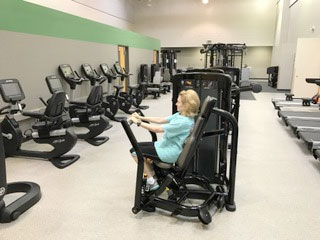 Both the TWEAK and MASTERS studies are recruiting senior adults. The key, Bamman says, are cells called macrophages, which are some of the body’s trash collectors. Macrophages surround and digest rogue cells or cellular debris that has been identified by the body as not belonging to a healthy cell. As part of this process, macrophages promote inflammation, which stimulates the immune system to respond to the threatened area.

This randomized, placebo-controlled trial — a collaboration between UAB and the University of Kentucky — is funded by the NIH and the National Institute on Aging, ClinicalTrials.gov: NCT02308228.

The UCEM recently announced its award of a $6.6 million grant from the NIH Molecular Transducers of Physical Activity Consortium, or MoTrPAC, to explore molecular changes that occur during and after exercise. With partners Ball State University in Muncie, Indiana, and the Translational Research Institute for Metabolism and Diabetes in Orlando, Florida, UAB will receive a projected $6.6 million over six years as part of the nearly $170 million MoTrPAC initiative involving researchers across the United States.

To learn more about these clinical trials, visit the UCEM website, www.uab.edu/exercise, or contact the UCEM Clinical Trials Hotline at (205) 934-6231; tweaktrial@uab.edu; masterstrial@uab.edu.