Rethinking traffic theory in the age of Uber 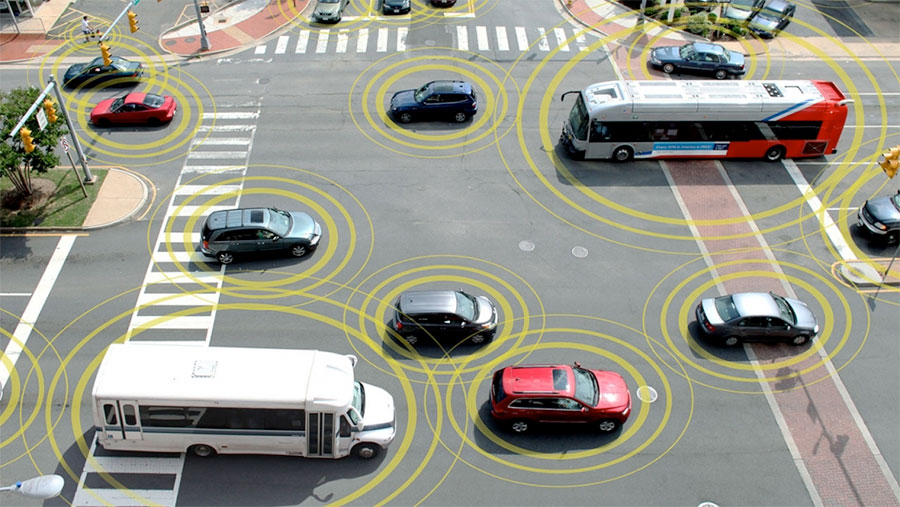 
If you've got the feeling that your morning commute keeps getting longer, chances are you're right.

Between 1994 and 2014, the average delay per American automobile commuter rose by 62 percent. "It's a big problem," says Virginia Sisiopiku, Ph.D., associate professor of transportation engineering at UAB. The most obvious solution — building new roads — is a slow, expensive proposition. And transportation researchers continue to debate whether that strategy actually works.

But just as smartphones and other new technologies have disrupted every other aspect of modern life, they are set to change the calculus of congestion, too. What if ridesharing services like Uber and Lyft become so popular that people stop buying their own cars? Or what if the introduction of autonomous vehicles encourages new groups — America's booming elderly population, for example — to head out onto the roads?

"We don't have the answers to these questions now, but they are very important to everyone from manufacturers to government planning agencies," says Sisiopiku, who directs the Transportation Engineering and Development Lab (TRENDLab) in the UAB School of Engineering.

As part of a $14 million grant from the U.S. Department of Transportation to the Southeastern Transportation Research, Innovation, Development and Education Center, a consortium of 10 Southeastern universities, UAB researchers are now on the case. The funding will fuel three TRENDLab projects this year, focused on perplexing traffic questions of the future — and present.

An interactive model of traffic on Birmingham's often-congested Highway 280. Computer simulations such as these will help TRENDLab researchers model the results of future technologies on realistic roadways.

Question 1: How could ridesharing platforms such as Uber change commuting?

The team’s first project focuses on the influence of technology on travel demand and behavior. "If you can call a ride instead of driving, or use a self-driving car, how will that affect your choices?" — from the times of day you head out on the road, to whether or not you bother getting a license at all, Sisiopiku says. The answers are sure to vary based on demographics, with younger, more tech-savvy populations more likely to be interested in ridesharing. The TRENDLab team will collect data through surveys and focus groups with people of a wide range of ages. Then, they will create computer simulations of Birmingham-area traffic based on a number of different outcomes. “The simulation model will be used to quantify congestion and travel demand as well as perform sensitivity analysis for several market penetration rates of car and ridesharing platforms,” Sisiopiku says. “We'll model, say, a 10 percent shift to ridesharing and its impact on congestion levels, and then look at 20 percent and other values. It will give policymakers a good indication of what to expect at networks where car/ridesharing platforms are active. That is our ultimate objective: to give decision makers the tools they need."

Even if a fleet of Ubers floods the roads around Birmingham, traffic congestion won't disappear. But cars that can communicate with each other, and with the surrounding traffic infrastructure, could offer a new way to smooth traffic flow. "Usually, we collect traffic data from sensors in the pavement and cameras to gauge the transportation system's performance," says Sisiopiku. "But now we have the potential to collect a huge amount of data from vehicles. That's a good thing, but it also brings big challenges. So we're working on new performance measures that combine data from traditional methods and new technologies. These advances will improve policy decision-making, optimize operations and enhance outcomes.”

"We are entering a new era of transportation," Sisiopiku says. "We have to rethink our existing theories of traffic flow so that they reflect the realities of tomorrow. I believe that in the next 10 years we’ll need to rethink how we teach transportation engineering as well.”

Question 3: What’s the best way to deal with work zones?

Sometimes, roadwork just has to be done. And when construction starts up, traffic inevitably slows down. Lane closures — or simply the chance to gawk at heavy machinery — can transform a free-flowing roadway into a sludge-like ooze that backs up for miles.

Image: U.S. Department of Transportation"Studies show that anywhere from 10 to 25 percent of all highway delays are in the presence of work zones," Sisiopiku says. There are several theories about the best way to handle these areas, especially when they involve lane closures. Some researchers advocate for a merge zone well before the work site, others for a late merge. "Currently, there aren't any established guidelines on the best way to do this," Sisiopiku says. The TRENDLab team will test various methods of traffic control at work zones both in computer models and in real-world field sites. Information on the best options could then be spread around the country. "Efforts to streamline how work zones are designed and operate could have important benefits, including optimizing travel and reducing delay," Sisiopiku says.

"We really want our research to have practical applications," she adds. "Congestion has many faces, and you can't address it with a single project. Our goal is to improve travel mobility and safety for all users."