by Traci Bratton
The new designation will provide training and support to researchers and students, translating ideas to market.
Written by: Katherine Shonesy
Need more information? Contact us 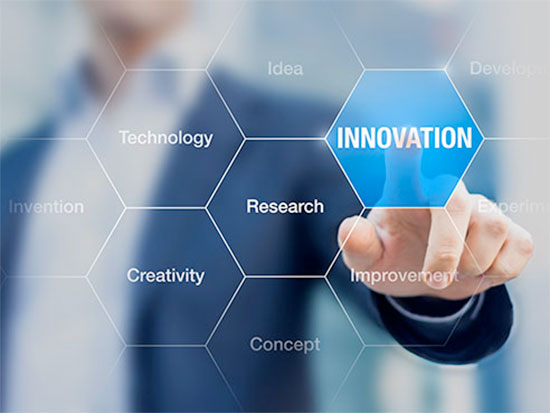 The National Science Foundation has designated the University of Alabama at Birmingham as an Innovation Corps Site to strengthen local innovation and foster the engagement of student, staff, faculty and researcher teams in transitioning technology concepts into the marketplace.

NSF I-Corps Sites are NSF-funded entities established at universities whose purpose is to nurture and support multiple, local teams in technology transition. Sites provide infrastructure, advice, resources, networking opportunities, training and modest funding to enable groups to transition their work into the marketplace or into becoming National I-Corps Team applicants, who receive a $50,000 stipend.

“The I-Corps sites serve as a starting point to identify great ideas across the universities in our region and move them into the national program,” said Molly Wasko, Ph.D., associate dean for the Collat School of Business and director of UAB’s I-Corps program. “As an I-Corps site at UAB, we can funnel innovations from our school into the regional hub that we are a part of, and then into the national program. At the national level, I-Corps participants receive even more support and guidance in translating their ideas into commercial avenues.”

UAB is one of 67 active sites.

The UAB Site will leverage the university’s Bill L. Harbert Institute for Innovation and Entrepreneurship and other existing programs to immerse science, technology, engineering and math students into the world of commercialization. This initiative will connect UAB Medicine and other STEM areas with the Collat School of Business and entrepreneurial support programs.

UAB plans to include industry experts as part of the site and, by collaborating with UAB Medicine, aims to have a source of teams and technology for the I-Corps program that transcends typical technology innovation expected from the research community.

“This designation highlights UAB’s work toward becoming a first-in-class institution in innovation and research,” said Kathy Nugent, director for UAB’s Bill L. Harbert Institute for Innovation and Entrepreneurship. “Our interdisciplinary approach to education makes UAB an ideal location for an I-Corps Site, and we are grateful to be able to improve the entrepreneurial ecosystem and research efforts at UAB and in Birmingham. This will truly be a universitywide effort — from the Center for Clinical and Translational Science to the School of Engineering and Collat School of Business. ”

With the support and mentorship of the sites, the teams will learn firsthand about entrepreneurship and explore the transition of their ideas, devices, processes or other intellectual activities into the marketplace. The I-Corps Sites strengthen innovation locally and contribute to the National Innovation Network of mentors, researchers, entrepreneurs and investors.

In 2011, NSF created the I-Corps program to train NSF-funded researchers to evaluate their scientific discoveries for commercial potential.

Since then, more than 800 teams have completed the NSF curriculum from 192 universities in 44 states. This resulted in the creation of more than 320 companies that have collectively raised more than $83 million in follow-on funding.

UAB was first introduced to I-Corps in 2012, when the institution participated in the i2i Invention to Innovation program with Venturewell, modeled on the newly created NSF I-Corps.

In 2016, UAB was selected as a new member of the I-Corps South Node. The innovation hubs, known as I-Corps nodes, support the I-Corps Sites and provide regional training programs to ensure that researchers can participate, even if their own institution is not a site. The nodes also serve as hosts for the national program.

There are a total of eight I-Corps nodes, including I-Corps South, which UAB operates within in partnership with Georgia Tech University.

“Through I-Corps, public and private partners are working cooperatively to build, use and sustain a national innovation ecosystem, further enhancing the development of technologies, products and processes that benefit society," said Jim Kurose, assistant director of the Computer and Information Science and Engineering Directorate at NSF. “The interconnected I-Corps nodes offer a rich diversity of resources, tools, programs and capabilities for teaching and enhancing entrepreneurship.”

NSF also collaborates with other federal agencies — including the National Institutes of Health, the Department of Energy’s Advanced Research Projects Agency, the Department of Defense and more — to offer I-Corps training to their grantees.

UAB has also received a grant from the NIH Center for Advancing Translational Sciences to develop an I-Corps program for life sciences. Between the NIH and NSF, UAB collectively receives approximately $2 million in funding specifically for I-Corps initiatives.