by Bob Shepard
New research from UAB shows that maintaining healthy dendritic spines — a component of neurons — may be protective against Alzheimer’s disease. 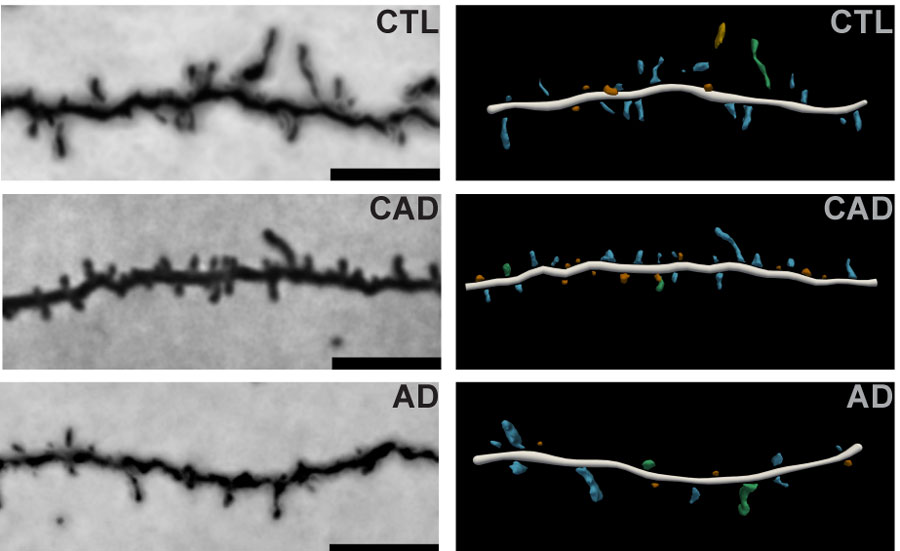 The size, shape and number of dendritic spines in the brain may play a major role in whether someone gets Alzheimer’s disease, according to new research from the University of Alabama at Birmingham. Dendritic spines are sub-units of neurons that act as the connector to other neurons.

In findings published Oct. 24 in the Annals of Neurology, the research team showed, for the first time, that the presence of healthy dendritic spines conveyed a protective effect against Alzheimer’s in people whose brains had proteins associated with the disease. 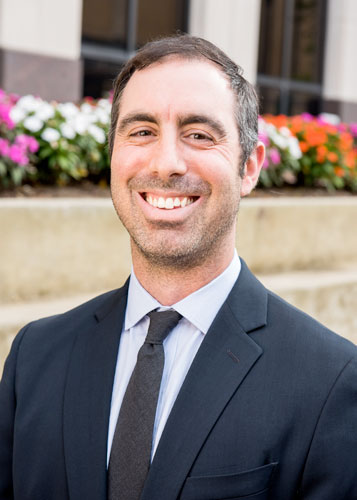 Neurons are constantly sending out long, thin dendritic spines in search of other neurons. When they connect, a synapse, or exchange of information between neurons, occurs. This is the basis for memory and learning.

“One obvious culprit in Alzheimer’s disease is the loss of dendritic spines and thus the loss of synapses,” said Herskowitz, who is the Patsy W. and Charles A. Collat Scholar in Neuroscience. “This would impair the ability to think, so the assumption has been that those without dementia had healthy spines and those with dementia did not. But no one had gone in to see if that was true.”

The researchers took thousands of microscopy images of the subject brains. Those images were then turned into 3-D images using novel, exclusive software. This allowed the team to look more fully at the shape and dimensions of each image.

Herskowitz says the longer spines demonstrated great plasticity, or ability to move. This indicates that they could navigate around or through amyloid plaques or tau tangles in their efforts to connect with other neurons.

“This provides an explanation of why some people are cognitively resilient to Alzheimer’s disease, even if they possess the typical Alzheimer’s pathology,” he said.

Herskowitz says that the high plasticity and density of dendritic spines in this population could be genetic. Another theory suggests that it could be the result of healthy lifestyle behaviors, such as good diet and exercise, which are known to be protective against dementia. It may be that the reason these behaviors are protective is that they help maintain spine health, plasticity and density.

The findings also offer a new target for slowing or preventing Alzheimer’s in the first place, Herskowitz says.

“This provides a target for drugs that would be designed to support and maintain dendritic spine health in an effort to rebuild neurons or prevent their loss,” he said. “This data suggests that rebuilding neurons is possible. And as we are better able to identify the increase of amyloid and tau early in the progression of the disease, even before symptoms arise, we might be able to one day offer a medication that can contribute to maintaining healthy dendritic spines in those with the Alzheimer’s pathology.”