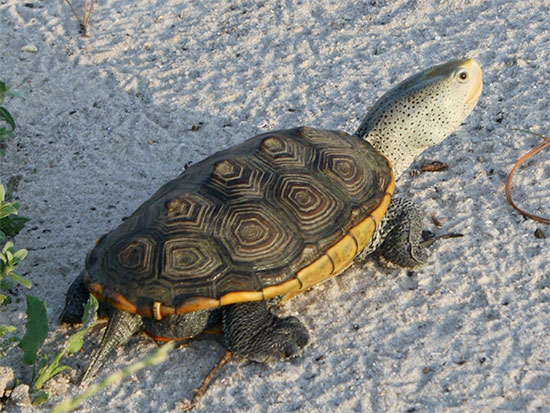 During the late 1800s, one of the largest terrapin farms in the United States was located in a salt marsh just south of Mobile, Alabama. The farm had about 25,000 terrapins, and as many as 10,000 per year were shipped to the Northeast to help meet the great demand for terrapin stew. Although terrapins were once abundant, surveys in recent years indicate that they are now scarce, and it is considered a “Priority One Species of Highest Conservation Concern” in Alabama.