by Jeff Hansen
These newborn neurons in the dentate gyrus become less excitable after three weeks, a crucial step for mature functioning. 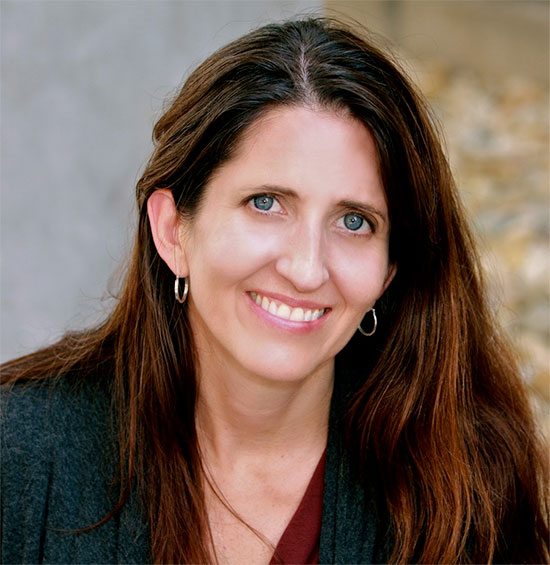 Linda Overstreet-Wadiche, Ph.D.The dentate gyrus of the hippocampus is part of the brain that helps form memories. It is also one of just two areas in the adult brain where new neurons are continuously formed.

Now University of Alabama at Birmingham researchers led by Linda Overstreet-Wadiche, Ph.D., and Jacques Wadiche, Ph.D., associate professors in the UAB Department of Neurobiology, have described key roles for G protein-mediated signaling and the late maturation of an ion channel during the differentiation of granule cells. Their study is published in The Journal of Neuroscience. First author Jose Carlos Gonzalez, Ph.D., is a postdoctoral fellow in the Overstreet-Wadiche lab.

“Our goal was to characterize the function, maturation and sources of this signaling pathway, so that in the future it can be manipulated for therapeutic purposes,” Overstreet-Wadiche said.

A G protein is a molecular switch inside of cells that responds to stimuli outside the cell, and G proteins have been parts of numerous Nobel Prize-winning research. Ion channels in the cell membrane are gates that can open to allow ions to flow into or out of a cell. The flux of ions generates electrical currents across the cell membrane to control the excitability of individual neurons.

Overstreet-Wadiche and colleagues found that intact G protein signaling is required for low granule cell excitability. They also found that a potassium channel called GIRK, or G protein-activated inward rectifying potassium channel, is constantly active in mature dentate granule cells, and this made the neurons less excitable by lowering the cells’ resting membrane potential, as well as by other electrophysiological effects.

The UAB researchers also found that newborn granule cells, about 10 to 12 days old, do not have functional GIRK channels. At about three weeks, functional GIRK channels start to appear, and they also start being controlled by G protein signaling, via a cell receptor called the GABA B receptor. GABA, or gamma-aminobutyric acid, is the chief inhibitory neurotransmitter in mammals. Inhibitory neurons release GABA, and the GABA then binds to receptors on target neurons to inhibit neural circuits.

Thus, GIRK appears to lower excitability of mature dentate granule cells two ways. The first is through the intrinsic mechanism of constantly active GIRK channels that reduce resting membrane potentials and intrinsic excitability. The second is by phasic activation of GIRK signaling — this inhibition is accomplished by inhibitory neurons that release GABA at somatodendritic synapses with the granule cells. The GABA crosses the synapse to the dentate granule cell and activates GIRK channels through GABA-B-receptor/G-protein signaling.

“The dentate gyrus is critical for controlling the flow of neural activity through the hippocampus, and this gatekeeping function is important, not only for normal cognitive functions, but also for suppressing seizure activity,” Overstreet-Wadiche said. “We have shown how a well-known signaling pathway makes a particularly strong contribution to suppressing excitability in this region, and this answered a longstanding question about why these neurons have such a low resting membrane potential compared to other neurons.”