Why that daily coffee may help when you hurt

Proper diet — including caffeine consumption — can be used as a pain intervention. 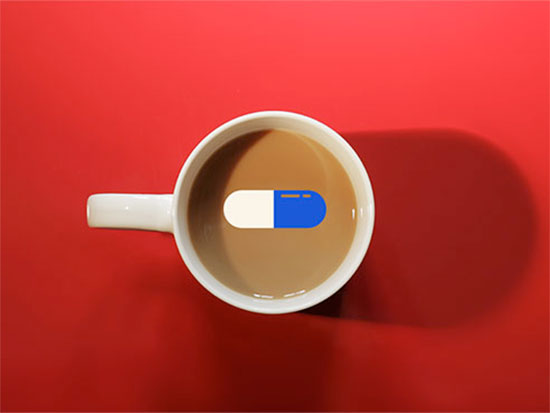 The last thing anyone wants to hear, as National Coffee Day approaches Sept. 29 and stores offer celebratory discounts, is something negative about America’s favorite brew. Not to worry — it has been all good news lately, with nearly two-thirds (64 percent) of Americans age 18 and older drinking a cup the previous day, according to a nationwide survey in 2017 from National Coffee Association. Those are numbers not seen since the mid-1970s, when coffee’s reign seemed in danger from soft drinks.

Despite the popularity of Starbucks’ Pumpkin Spice Latte, which is credited with a large share of the chain’s profits in recent years, taste is probably not the primary reason many people drink coffee; it’s the caffeine. According to this 2014 study, 85 percent of the U.S. population consumes at least one caffeinated beverage per day, with coffee as the leading source by far, for an average intake of 165mg per day across all age groups. (People ages 50-64 are the biggest caffeine consumers, with an average 226mg per day.)

That is a very large group of people ingesting “the most widely consumed psychoactive substance in the world,” as University of Alabama at Birmingham researchers described caffeine in an article published last month in the journal Psychopharmacology. So, naturally, scientists have lots of questions about what caffeine — and coffee — is up to as it swirls through our systems.

A team led by graduate student Demario Overstreet and Burel Goodin, Ph.D., an associate professor in the College of Arts and Sciences Department of Psychology, with a research focus on pain modulation, wondered whether a person’s regular daily intake of caffeine had an effect on their sensitivity to pain. Caffeine is already used in acute pain treatments (and it is an ingredient in some headache medicines). But does higher caffeine consumption in the diet make people experience less pain?

To find out, the researchers recruited 62 participants ages 19-77 and asked them to record their daily caffeine consumption for seven days. The average was 170.8 milligrams per day, while the highest was 643.6 milligrams per day, or roughly 6.5 cups of brewed java — well above the “safe” recommended maximum of 400mg per day. (Nearly 15 percent of the study participants reported drinking more than 400mg per day.)

Researchers then put the participants through a series of uncomfortable tests using heat and pressure, recording how long they tolerated the pain before pressing a button to end the trial. The result, according to their paper: “greater self-reported daily caffeine consumption was significantly associated with higher heat pain threshold, higher heat pain tolerance and higher pressure-pain threshold.” Each additional 100mg of daily caffeine consumed, for example, was associated with a 0.5 degree Celsius (0.9 degrees Fahrenheit) increase in heat pain threshold.

Previous studies have shown that caffeine blocks receptors for the neurotransmitter adenosine, which interferes with pain-signaling. This study “provides novel evidence suggesting that greater levels of habitual dietary caffeine consumption may alter the nociceptive [related to the body’s primary pain receptors] processing of pain signals,” the authors wrote. Further studies are needed, they note, to examine related questions. For instance, what about caffeine tolerance due to regular use? And what are the competing or synergistic effects of tobacco, alcohol or illicit drug use? “Such work could shed new light on the potential health-promoting benefits of a diet that includes appropriate amounts of regular caffeine consumption, particularly in relation to pain management,” the paper concluded.

New research shows that, irrespective of weight loss, a proper diet can decrease the severity of pain, Goodin says. But this message is not widely understood, he added: “People just don’t realize that their diet, including caffeine consumption, can be used as a pain intervention.”