by Shannon Thomason
The socioeconomic resources of parents and adult children are related to women’s mortality risk in old age. 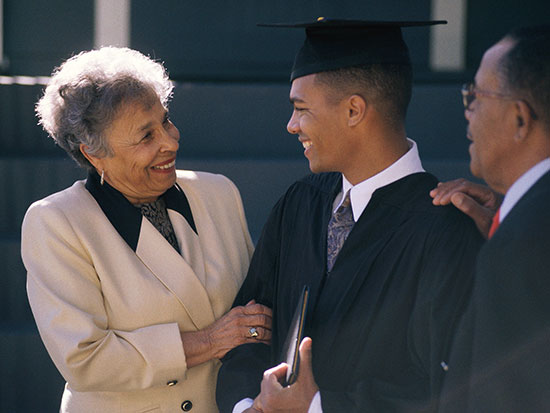 Women’s education, occupation and wealth are related to the length of their lives, social scientists have found. Simply put, women who attain more generally live longer.

But a new study published in the Journal of Health and Social Behavior argues that longevity is not just about personal achievement — family matters, too.

Biographical information on 3,349 women between the ages of 30 and 44 in 1967, and who are now members of the growing elderly population in the United States, were examined by lead author Joseph D. Wolfe, Ph.D., assistant professor in the University of Alabama at Birmingham College of Arts and Sciences’ Department of Sociology, and colleagues.

Results from the study suggest that women’s mortality risk is related to their personal wealth, to their parents’ occupations and to their adult children’s educations.

“This could mean that the education of black women’s children provides resources that their own education, in addition to the educational attainments of their parents and spouses, does not provide,” Wolfe said.

“By 2050, the Census Bureau projects the number of persons age 65 and older will be 83.7 million. As the United States prepares for this increase in the population of older adults, our findings suggest that social policies aimed at addressing educational inequalities among children and adolescents from disadvantaged families may offer a potential path to reducing health disparities among the elderly,” Wolfe said.