by Tyler Greer
All academic areas saw increases in grant award monies from November 2017 through October 2018 as the university continues to grow its mission. 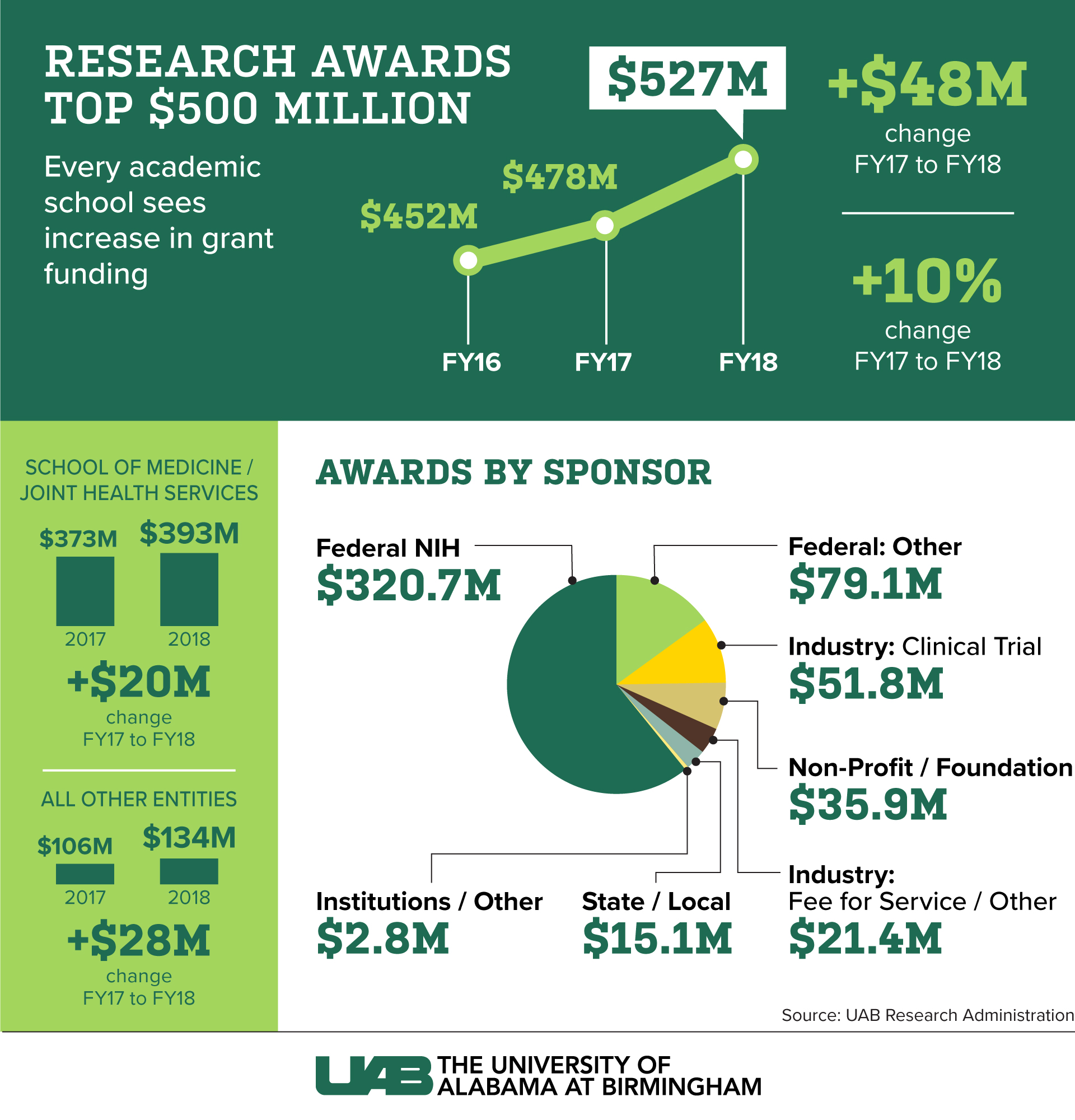 Christopher Brown, Ph.D., vice president for Research, also reported that every academic school at UAB — 12 groups, including all schools, the College of Arts and Sciences, academic joint departments, and central administration — saw increases in funding awards over the same calendar-year period.

“Our research funding has been on an upward trajectory for several years in a row now, and this year was an acceleration of that trend,” Brown said. “This really speaks to our faculty, who are working harder and smarter to write winning proposals, and our administrative staff, who are working harder and more efficiently to process those proposals. We are aiming high and exceeding our goals, and it is truly a testament to the UAB research community’s great ideas, hard work and will to succeed.” 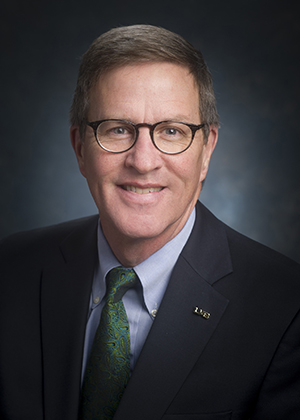 The School of Medicine and the Joint Health Sciences funding was up $20 million from last year, which was a 5.4 percent increase. Meanwhile, all other UAB entities combined to increase their award funding by $28 million, or 26.4 percent.

“I could not be prouder of the work of our faculty and administrative staff for their efforts during the past year and beyond in building our research portfolio to one of the largest in the country and now larger than all other universities combined in the state of Alabama,” said UAB president Ray L. Watts. “In securing more than $527 million in research award funding, UAB continues to be one of the most effective and high-powered institutions in the Southeast. These awards enable us to push boundaries across our research enterprise and to envision and achieve even greater things in all areas of our mission and across all disciplines.”

Submissions for awards were also up for the survey period, with 5,395 grant proposals submitted versus last year’s total of 5,142.