Vitamin D: Who needs it and how to get it

by Bob Shepard
It is the dead of winter, and UAB experts weigh in with valuable advice about the sunshine vitamin. 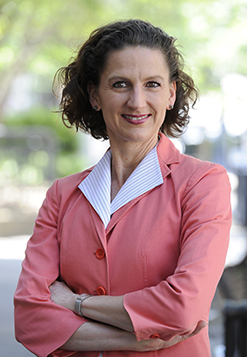 Beth Kitchin, Ph.D., RDNIt is called the sunshine vitamin. The human body naturally produces vitamin D when exposed to sunlight. But getting out in the sun can be a problem during a cold, dark winter.

So, questions abound: How much vitamin D do I need? What is the best source? How much is too much? Experts from the University of Alabama at Birmingham weigh in with the answers.

“The best sources of vitamin D are sunlight and supplements,” said Beth Kitchin, Ph.D., RDN, assistant professor in the Department of Nutrition Sciences, UAB School of Health Professions. “Food is not really a good source for vitamin D, although vitamin D-fortified products such as orange juice, milk or cereal can be beneficial, as can vitamin D supplements in pill form and fatty fish such as salmon.”

Our bodies produce vitamin D from food and from sunlight. It helps the body absorb calcium, which is essential for good bone health. Vitamin D is particularly beneficial for those over 65 as it can help strengthen bones, prevent falls and help stave off conditions such as osteoporosis.

“For most people, 600-800 international units of vitamin D per day is sufficient,” Kitchin said. “Older adults, especially those at risk for osteoporosis, need 1,000-2,000 IUs.”

Kitchin says 20 to 30 minutes of sun exposure to the hands and face several days a week is enough to maintain a healthy level of vitamin D, but even that can be difficult in winter when the weather is bad and sunlight is in short supply. And there is a conundrum. Older people, who need vitamin D the most, should not rely on getting enough of it from sunshine alone.

“The down side of sun exposure is an increased risk of skin cancer, and older adults are at greater risk for melanoma due to changes in the skin as we age,” said Ginnie Prater, M.D., assistant professor in the Division of Geriatrics, Gerontology and Palliative Care in the UAB School of Medicine. “We recommend that older adults use vitamin D supplements to reach that 1,000-2,000 IU level rather than spending time in the sun.”

A cup of fortified orange juice or milk will provide between 115 and 140 IUs of vitamin D. Some seafood, particular swordfish, salmon and canned tuna, is reasonably high in vitamin D. Swordfish, for example, provides 566 IUs per 3 ounces. The best food source is cod liver oil, providing a whopping 1,360 IUs per tablespoon.

“Cod liver oil is not on most people’s list of favorite foods,” Kitchin said. “Thankfully, there are alternatives.”

Besides vitamin D in pill form, many calcium supplements also contain vitamin D, and it is easy to check labels of supplements and fortified foods such as orange juice and milk to tally up the total amount of vitamin D in the diet to hit the 1,000-2,000 IU goal. Prater says we do not really know how much of the vitamin D we take in is absorbed by our bodies.

“We know it is not 100 percent,” she said. “This is especially true for people who have alteration in the small bowel, including those who have had a gastric bypass and people with inflammatory bowel disease.” 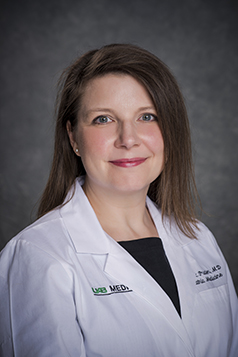 There are a few other things to consider. People in northern latitudes tend to have more issues with vitamin D deficiency due to longer winters and lack of sunlight and might need to increase supplementation during winter. People with darker skin might need additional supplementation since melanin in the skin blocks the production of vitamin D.

Relying on the sun is problematic for many older adults. Due to skin cancer risks, many primary care physicians recommend older patients routinely use sunscreen. Prater says sunscreen interferes with the body’s ability to make vitamin D. Our skin also becomes less efficient at making vitamin D from sun exposure as we age.

There is a blood test that physicians can authorize that measures the amount of vitamin D; but Kitchin and Prater, who see patients at UAB Medicine’s Osteoporosis Clinic, say it is not recommended for most people. It is useful for older adults at risk for bone disease to establish a vitamin D baseline. Prater says keeping a food journal can help track vitamin D intake.

And it is possible to get too much of a good thing. Too much vitamin D from supplements, over 2,000 IUs per day, can cause over-absorption of calcium, which can contribute to kidney stones.

“No one should get more than 2,000 IUs per day from supplements unless under the supervision of a physician for a vitamin D deficiency,” Prater said.

What about sun worshipers? Can they get a toxic amount just from being in the sun?

Vitamin D deficiency is known to cause rickets in children and, along with calcium deficiency, causes osteoporosis in older adults. Additionally, Prater says there is evidence that vitamin D can help reduce the risk of multiple sclerosis. It has been touted as beneficial for a wide variety of ailments, including cancer, cognitive health, heart disease and stroke; but Prater and Kitchin say scientific studies of vitamin D’s role in those conditions are still in the early stages.

“Like many supplements, vitamin D has been over-hyped,” Kitchin said. “It really goes both ways. It is important and valuable in some cases, but it is not the panacea that some people claim.”