The truth, or fake news? How to do the research yourself with deception expert Tim Levine

by Shannon Thomason
The world has many different information streams now. Levine shares his strategy for deciphering facts from fiction, no matter the topic. 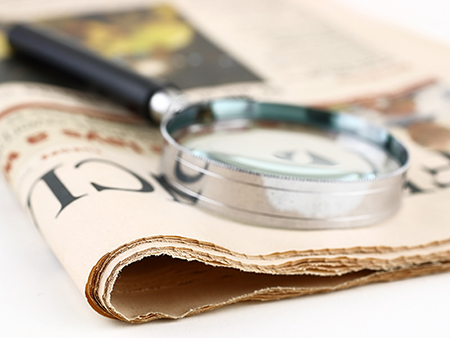 With so much information available now, from so many sources, how can you be certain of the truth?

Timothy Levine, Ph.D., a University of Alabama at Birmingham professor who researches deception, says people should be free to “think what you want to think.” But a good strategy for discovering fact from fiction is to be “a little Sherlock Holmes” and triangulate evidence by reviewing independent news sources on the subject.

“The best thing you can do is act like a really good, responsible journalist — do your best to fact check and triangulate,” said Levine, Distinguished Professor and chair of UAB’s College of Arts and Sciences Department of Communication Studies.

“Different people will have different sources of credibility, so it is better to go with the triangulation method,” Levine said. “It’s not perfect. People make mistakes, people are dishonest. If I am telling you one thing, but everybody else is disagreeing, maybe you should suspect me — or at least realize that it’s up in the air.”

The world has many different information streams now. To get truthful information with as little bias as possible, Levine recommends major print news outlets. Look for reliable outlets that do unique reporting and list the sources for their articles and the name of the person who wrote it; make sure it is not an opinion piece. If they do run inaccurate information, “either they will come clean about it or the others will blow the whistle on them,” he said. Consulting a media bias chart can also be helpful in determining which outlets to trust.

“Try to worry less about the credibility of sources and more about agreement in various evident sources,” Levine said. When there is disagreement, try to figure out what is going on. You have to be open-minded and apply critical thinking.”

Plus, once we have an opinion, we may have confirmation bias — the tendency to interpret new evidence as confirmation of one’s existing beliefs or theories. Confirmation bias leads us to think we are right, even when we are not. And “just about everybody” is overconfident, Levine said.

“It is just deeply human to want to be right.”

There have always been conflicting narratives; but now with the internet and social media, they can reach many more people, Levine says. Humans as a species are incredibly social and function in larger non-family groups than any other species on the planet. We would not have industry, cities, electricity, airplanes, internet and Zoom without being able to work together in large groups.

Levine’s latest book, “Duped: Truth-Default Theory and the Social Science of Lying and Deception,” discusses the reasoning behind lying and deception — and why human beings are so easily deceived. “Duped” recounts a decades-long program of empirical research that culminates in a new theory of deception — the truth-default theory. This theory holds that the content of incoming communication is typically accepted as true, and most of the time this is good. By this notion, the theory allows humans to function socially, but also makes us more vulnerable to occasional deceit.