Seasonal job is opportunity to impress an employer

For the unemployed, a temporary job is a chance to showcase talents and lobby for permanent work.

The battle to grab deals on Black Friday is nothing compared to the competition for jobs. A half-million temporary jobs were filled this holiday season and Mickey Gee, executive-in-residence at the University of Alabama at Birmingham Collat School of Business, tells new hires to take advantage of a rare opportunity in this depressed economy. 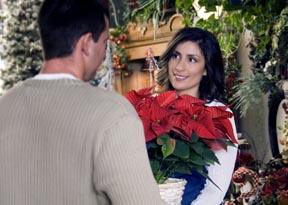 “I hired many people for many years in part-time positions, and I know you have to be crazy if you don’t try to move someone working part-time into full-time if you like them and their work,” says Gee, former owner of a Birmingham-area retail chain.

Turning a part-time job into a full-time or permanent job is possible. Since this past August, retailers have hired nearly 100,000 employees, according to the National Retail Foundation. Gee points out that six weeks in a temporary job is plenty of time for the employer to see your talents and your issues. Their impression depends on your performance. Gee recommends three things:

“A lot of people don’t want to work retail because they don’t want to work weekends,” Gee says. “But for those taking care of older family members or children — and available only night or weekends — flexibility may give them an advantage.”

The U.S. Department of Labor says the number of people working part-time for economic rather than personal reasons has dropped 1.1 million since September 2010. That means more people are choosing to work part-time. But what about the 8.4 million people who do not work part-time by choice?

Adjusting to new jobs, especially those with fewer hours and less pay, is harder than most realize says Joshua Klapow, Ph.D., clinical psychologist and associate professor with the UAB School of Public Health.

“Your job is part of your identity, and the loss of a job or accepting a lesser job is damaging to a person’s psyche,” Klapow says. “Psychologically people must shift away mentally from this is who I was then and accept that this is who I am now.”

Klapow says if you are unemployed then talk about your struggles to someone — a professional, clergy or friend. He also recommends taking that part-time job you would normally not consider. For those who stood around the water cooler saying they would rather be a coffee barista or work with animals — now is your chance. Gee could not agree more, and whether you call it a sabbatical or call it field work — you may end up calling it a new career.

“Today everybody is trying to do more with less so I would say your chances of being picked up permanently when the holidays are finished are 10 to 15 percent,” says Gee. “But I’ll guarantee you one thing, if you don’t take the part-time job, you know what your chances are? Zero.”