Quit bugging me! Tips on coping with bug bites this summer

by Bob Shepard
Follow some simple tips to stop bug bites or stings from ending your summer fun. 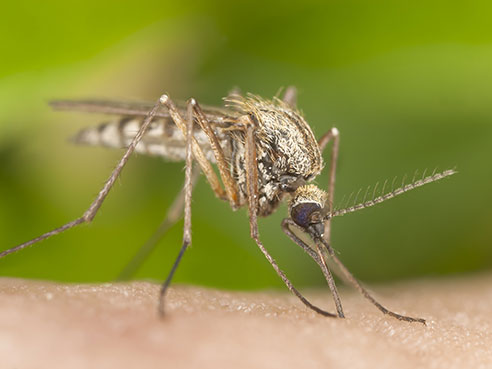 Warmer weather has folks venturing outdoors, and while the risk of running into a snake, bear or other menacing animal exists, the critters far more likely to be encountered in the great outdoors are ticks, mosquitos and other insects.

A lot of bugs pack a powerful bite or sting.

Janyce Sanford, M.D., chair of the University of Alabama at Birmingham Department of Emergency Medicine, recommends an insect repellant with DEET, along with long pants and long-sleeved shirts, as the best way to ward off most pesky insects. DEET with a concentration of 10 to 30 percent is approved for use on children ages 2 months and older. Ten percent DEET will last about two hours, and 24 percent DEET lasts around five hours.

Ticks in Alabama are known to carry the bacterium that causes Rocky Mountain spotted fever; but the likelihood of getting Lyme disease from a local tick bite is low in this region, according to Sanford. Rocky Mountain spotted fever is characterized by a flulike illness, followed by a red, raised rash on the wrists or ankles. The best way to remove a tick, says Sanford, is to use tweezers and pull straight up in an easy motion.

She recommends carrying an epinephrine auto-injector, commonly known as an EpiPen, when camping or hiking, especially if anyone in the group has ever reacted badly to previous stings. EpiPens require a prescription from a physician and can be purchased at a drugstore.

Sanford says a good first-aid kit is a must for anyone planning on spending time outdoors. Ready-made kits are available at outdoor stores, or they can be assembled from materials on hand. Include assorted bandages and basic medicines such as Tylenol, Benadryl and aspirin. Albuterol will help those with group members who have asthma or COPD. Include a 1 percent hydrocortisone anti-itch cream, foldable splints, alcohol wipes and cleaning agents.

Sanford advises planning before heading to the woods or mountains. Research the destination, and know what to expect. Be aware of the strengths and weaknesses of your group. Who has allergies? Who knows CPR? Are there any special needs to be considered?

Proper clothing, rain gear, plenty of water and emergency food supplies will help keep an unexpected event from turning your outdoor vacation into a hospital visit.

“Common sense and a little thought before you venture out will help make your outdoor adventure one to remember fondly,” said Sanford.