Are smartwatches really a smart idea for heart health?

New wearable health monitoring devices can help you stay informed, but should they be relied on heavily? 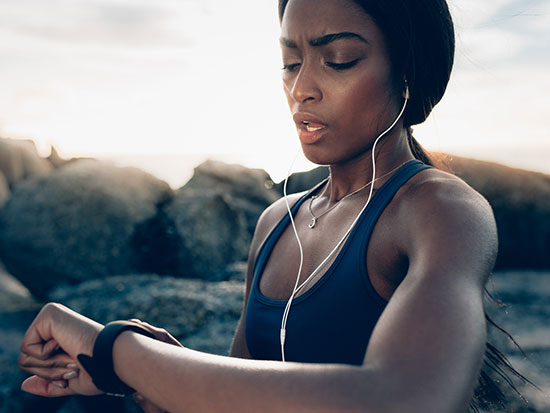 New wearable health monitoring devices can help you stay informed, but should they be relied on heavily?As holiday shopping begins to reach its peak, many consumers will be flocking to their computers and nearest tech stores to purchase big-ticket items for loved ones or themselves. One such item is the new Apple Watch Series 4.

The new smartwatch boasts that it is “fundamentally redesigned and re-engineered to help you stay even more active, healthy and connected.” Apple says it will help wearers manage everything from everyday stress to calories burned. At the same time, it monitors heart rate and lets the wearer know if it detects something of concern. With the new electrocardiogram app available later this year, the Apple Watch Series 4 is capable of generating an ECG similar to a single-lead electrocardiogram.

But one physician at the University of Alabama at Birmingham says the public should not rely solely on smartwatches or other devices for monitoring heart health.

“Like all things in life, digital tech is not going to be the total answer for everyone’s health,” said Elizabeth Jackson, M.D., professor in the Division of Cardiovascular Disease. “But, I think there is tremendous opportunity for obtaining data around your health that might be useful.”

According to the online statistics group Statista, smartwatch unit sales worldwide could nearly double from $75 million in 2017 to $141 million in 2018, meaning more people will be wearing devices that monitor health in one form or another.

“There’s a lot of potential for good,” she said. “It allows the patients to be connected and more focused on their health, but we need more research and partnership between manufacturers and clinical groups.”

The new Apple Watch generates a single-lead ECG without any special band or third-party add-on, as has been the case with the single-lead ECG offered for arrhythmia detection by AliveCor devices for the Apple Watch previously. Instead, a user touches a finger to electrodes built into the crown and a new electrical heart rate sensor in the back crystal provides the other contact. Alerts are sent when the watch detects abnormal rhythms or when the user’s heart rate goes beyond preset thresholds. All that data is compiled into a PDF file. 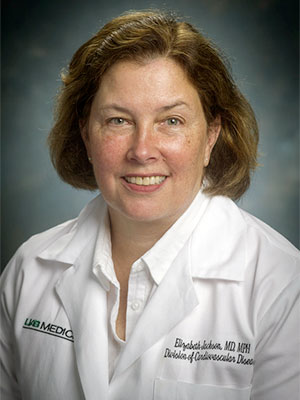 Elizabeth Jackson, M.D.Jackson says interpretation of data is important to think about, and users should consult their doctor when something abnormal appears. However, certain groups of people may not show any symptoms of certain heart defects like atrial fibrillation, an irregular and often rapid heart rate that can increase the risk of stroke, heart failure and other heart-related complications. So, while relying on a wearable device may be helpful, it may not provide all the information needed for patients and doctors to make informed decisions

“Typically, doctors detect atrial fibrillation if patients have symptoms,” Jackson said. “But there are some people who are asymptomatic, and a device such as the Apple Watch may provide important information about irregular heart rhythms, such as atrial fibrillation, even when no symptoms exist. However, as with all tests, it isn’t clear how accurate the data is.”

Jackson says the new Apple Watch is unlike most FDA-approved medications or devices as there has not been a rigorous evaluation or testing before getting approved.

“It’s somewhat concerning that the FDA rushed to approve something that hasn’t been used long-term,” Jackson said. “We need to have continual evaluations of digital health products in a rigorous way.”

That said, Jackson feels more products like these smartwatches will be coming, which can help increase the public’s awareness of their own health — which Jackson says is always a good thing.

“Patient portals have really opened up communication for patients and providers,” she said. “Being able to communicate symptoms and lab results with patients has become so easy that you don’t even have to leave home to see a doctor in some cases. I’m excited to see what is down the road when it comes to health monitoring devices. Digital health is growing, and this has the potential to improve care for all. However, improving health care requires expertise from a variety of experts, including health policymakers, health care providers and informaticians, in addition to patients and their families. Improving health care, particularly with multiple methods for monitoring health such as the Apple Watch, will take a team of people. Health is a team sport.”