"Social distancing is a luxury not everyone can afford” 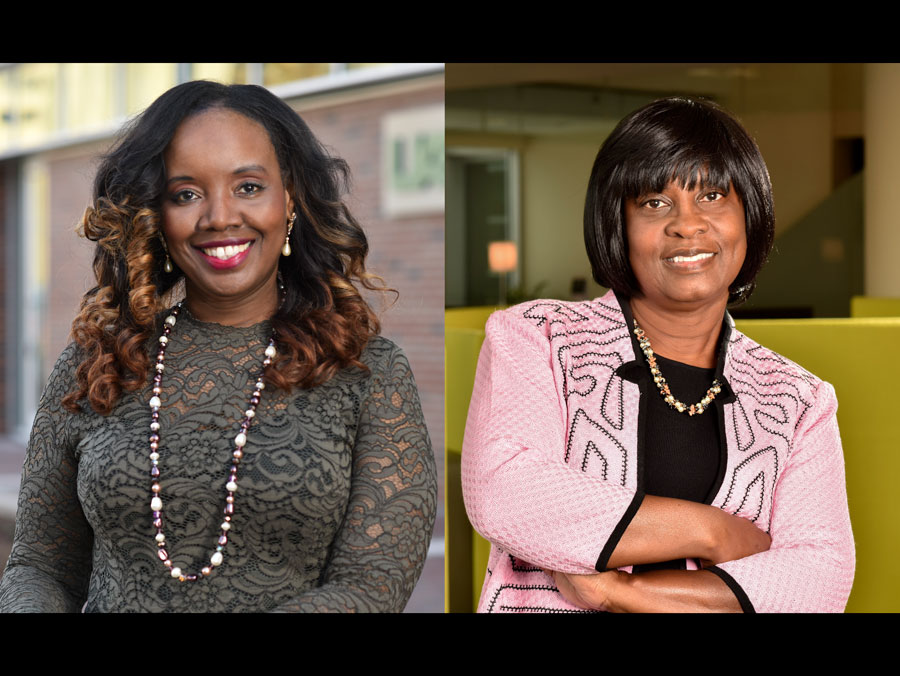 Early data regarding the effects of the novel coronavirus (COVID-19) show a disproportionate burden of illness and death in the African American and other minority populations.

“We mainly see that COVID-19 is disproportionately affecting minority populations because of underlying health conditions and unaddressed social determinants of health,” said University of Alabama at Birmingham (UAB) School of Nursing Associate Professor Pamela G. Bowen, PhD, CRNP, FNP-BC, BBA. Bowen is a family nurse practitioner who serves low-income and minority populations, and her research focuses on health disparities. “Health disparities appear to be correlated with both race and poverty. The poorest region in the U.S. is the South and the poor Blacks, Latino, and rural residents tend to make up large segments of the South. These groups are also less likely to have access to high-quality health care and health care providers.”

Other social factors and disparities make it more difficult for Blacks to achieve health equity, Bowen added. Minority populations are more likely to work in industries that have been identified as “high risk” by the U.S. Labor Department, including people on the frontlines such as health care workers, retail workers, cashiers, childcare workers, bus drivers, workers in the food industry and more.

“Essential workers basically have no choice but to risk their health and that of their families. Only 29 percent of Americans are able to work from home, so social distancing is a luxury not everyone can afford,” Bowen said.

Individuals that work in large box stores and industrial or food plants that remain open are at a high risk as a result of working conditions, added Associate Professor and President of the National Black Nurses Association Martha Dawson DNP, RN, FACHE. Early data also shows that those in hospitals that work with primarily underserved populations also have a high rate of illness and death, Dawson said.

“For example, in New York, hospitals that were treating a lot of African Americans, Hispanics and Asians saw a higher rate of infection among frontline nurses and other employees as well as patient deaths,” Dawson said. “There were similar findings in Chicago and Michigan. In Chicago, 70 percent of deaths were among Black residents, although they represent 29 percent of the city’s population. Underrepresented minority groups frequently use mass transit or work on the frontlines in big box stores, plants or warehouses.”

Decades of structural racism, including racially discriminatory zoning decisions and economic exclusion, have long impacted the African American community, Bowen said. It has led to Black communities being in areas with higher pollution and less access to health care, as well as more likely to be considered food deserts.

“Even before the COVID-19 pandemic and regardless of the socioeconomic status of Blacks, African Americans across our country in general, have been burden at a higher rate with chronic illnesses such as diabetes, hypertension and obesity,” Bowen said. “These at-risk groups of people will have an increased chance of being hospitalized, admitted to an ICU or even dying from this disease.”

“These groups, Black and Brown citizens, are going to continue to be more impacted than others,” Dawson added. “We can’t go back and change our genetics or change the fact that we’re potentially behind the 8-ball on the perspective of social determinants. If I have diabetes, I can’t get rid of that all of a sudden. If I’m living in an area where I don’t have safe water or clean air, that’s going to impact my overall health and vulnerability to this disease.”

NBNA, Dawson said, continues to also advocate for better care of incarcerated individuals, homeless individuals and those in the foster care system. These populations are also at a higher risk of COVID-19 due to living conditions and lack of access to care.

As states and cities begin to reopen, Dawson said it is important to consider the health of all groups. Alabama, as a whole, has high rates of cardiovascular disease, diabetes and obesity — all conditions that can make groups more vulnerable in public health crises.

“We need to look at what is our population living with and how do we make decisions based on the population health of Alabama,” Dawson said. “If we look at our 67 counties, we have about 65 that are rural, and as this reaches these rural counties, that puts our entire state population at greater risk.”

Education is also an important factor in minimizing the spread of COVID-19. Webinars for communities, faith-based organizations and other groups to provide factual information and combat misconceptions regarding the pandemic is one strategy NBNA is using to reach underserved communities. They are also working to provide resources such as food and masks in order to promote health and well-being.

“In order to educate, you need to have cultural sensitivity and awareness about how to best educate individuals,” Dawson said. “I’ve made sure to not use the term ‘comorbidities’ because others might not know what that means. Instead, I say, ‘preexisting health problems’ – using terms others can understand. You also have to get rid of the myths that surround this disease.”

As businesses and states reopen, vigilance and community messaging become even more important to slow the spread of COVID-19.

“I think that it is important for everyone to remember that reopening does not mean that things are back to pre-COVID-19 status,” Bowen said. “Just because states are easing up on social distancing policies, people still need to be vigilant.”

As of late May, the state of Alabama continues to see an increase in cases as it expands testing.

“The state needs to continue to expand testing, implement tracing, provide treatment and accurately report findings to care for its citizens,” Dawson said. “We need to learn from other states and do better.”