Fellows represent variety of interests in education, research and service 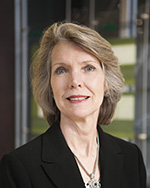 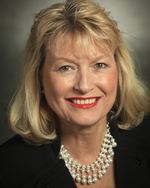 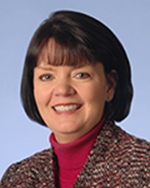 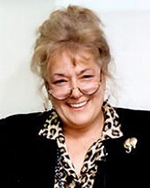 One faculty member and three alumni from the University of Alabama at Birmingham (UAB) School of Nursing have been named Fellows of the American Academy of Nursing, joining more than 60 other Fellows affiliated with the UAB School of Nursing.

The four are among 168 nurse leaders selected by the American Academy of Nursing for induction as Fellows during the Academy's 2014 Transforming Health, Driving Policy Conference on October 18, 2014, in Washington, D.C. The Academy comprises more than 2,200 nurse leaders in education, management, practice, policy and research. Academy Fellows include hospital and government administrators, college deans, and renowned scientific researchers. The Academy Fellows, with the addition of this newest class, represent all 50 states, the District of Columbia, and 24 countries.

Selection criteria include evidence of significant contributions to nursing and health care and sponsorship by two current Academy Fellows. Applicants are reviewed by a panel comprised of elected and appointed Fellows, and selection is based, in part, on the extent the nominee's nursing career has influenced health policies and the health and wellbeing of all. New Fellows will be eligible to use the credentials FAAN (fellow of the American Academy of Nursing) after their induction in October.

Cynthia S. Selleck, PhD, RN, is Associate Dean for Clinical and Global Partnerships in the UAB School of Nursing. Selleck joined the School in October 2010 and is working to enhance community engagement in the areas of clinical affairs, partnerships and interprofessional initiatives across the university, health system, local community and state. She has a long and accomplished leadership record of expanding nursing and medical education opportunities to serve clinical partners and medically underserved communities. In collaboration with the UAB School of Medicine, Selleck is director of the Area Health Education Center program that is working to recruit, support and retain health care professionals in all 67 Alabama counties. The AHEC will help reduce health disparities by improving the quantity, diversity, distribution and quality of Alabama's healthcare workforce. Selleck also is former president of the National AHEC Organization. In addition, she has spearheaded the launch of several clinics to provide health care to the underserved, including the UAB School of Nursing Foundry Clinic at The Foundry Rescue Mission and Recovery Center in Bessemer, Ala., and the PATH Clinic at MPOWER Ministries in Birmingham. She earned her bachelors degree in nursing from Emory University, masters in nursing from Vanderbilt University and doctorate in nursing from the UAB School of Nursing. Prior to joining UAB Selleck served as an Associate Professor and Director of the Area Health Education Center (AHEC) in the University of South Florida (USF) College of Medicine. In this role, she secured and sustained federal and state funding in excess of $50 million. AHEC fundraising efforts supported interprofessional health education and training in medically underserved areas. Throughout her career, Selleck has led innovative curriculum development; taught medical, nursing and other health professions students; conducted research and training projects; and received multiple national and statewide teaching awards and grants.

Marsha Howell Adams, PhD, RN, CNE, ANEF, Dean of the University of Alabama in Huntsville College of Nursing, earned her bachelors, masters and doctoral degrees from the UAB School of Nursing and earned a Post-Doctoral Certificate in Rural Case Management from the University of Alabama, Capstone College of Nursing. She is president of the National League for Nursing and is recognized as an Academy of Nursing Education Fellow. She is also a Fellow in the University of Alabama and Southeastern Leadership Conference. She is recognized as a Nursing Academic Fellow by the American Association of Colleges of Nursing and certified as an on-site evaluator by the Commission on Collegiate Nursing Education. She has served on the National League for Nursing Board of Governors including president-elect and Academic Nurse Educator Certification Commission. Adams is on the editorial board for Journal of Community Engagement and Scholarship and previously was on the editorial board for the Journal of Nursing Education Perspectives. She has also served as the chair for the NLN Excellence in Nursing Education task group. She has been the recipient of the CCN Board of Visitors Commitment to Teaching Award, the University of Alabama National Alumni Association Outstanding Commitment to Teaching Award, the Alabama League for Nursing Lamplighter Award and the Alabama State Nurses Association Outstanding Nurse Educator/Academe Award. Adams has served as a rural nursing consultant for over 25 years. Her clinical research interests and publications have focused on rural women and children and nursing education and her professional memberships include National League for Nursing, Sigma Theta Tau, Alabama State Nurses Association, International Nursing Association for Clinical Simulation and Learning, Alabama Rural Health Association, Phi Kappa Phi, and the Case Management Society of America.

Diane Von Ah, PhD, RN is a Robert Wood Johnson Foundation Nurse Faculty Scholar Alumna (2008-2011) and an associate professor in the Indiana University School of Nursing. She completed a post-doctoral fellowship in behavioral oncology at Indiana University in 2008 and her doctorate in nursing from the University of Alabama at Birmingham School of Nursing in 2003, her masters in nursing in 1996 and bachelor's degree in nursing in 1987 from the University of Iowa. Von Ah has made significant, sustained contributions to knowledge discovery, dissemination, and translation to improve the care of individuals negatively affected by cognitive impairment resulting from cancer and cancer treatment. Through leading interdisciplinary teams, she has: illuminated the concept of cognitive impairment as an under-assessed, under-treated, and poorly understood symptom; documented its negative impact on quality of life; documented the influence of neurotransmitters on cognitive impairment; and generated evidence to support the benefits of cognitive training programs. Von Ah has led multiple efforts to translate the science in the area of cognitive function and cancer. Nationally, she has spearheaded the development of evidence-based guidelines for the care of individuals with cancer who experience changes in cognitive function (ONS Putting Evidence into Practice). This highly influential resource is used worldwide by health care professionals who care for individuals with cancer. In recognition of the rigor and impact of her exceptional contributions, she has received numerous awards and honors including the prestigious Victoria Mock New Investigator Award in 2011 and the Trish Greene Quality of Life Lectureship in 2013, both from the Oncology Nursing Society. Von Ah aims to improve the health and well-being of cancer survivors through her program of research on symptom management and dedicated mentorship of the next generation of scientists.

Marietta P. Stanton, PhD, RN, CNAA, BC, CMAC, CCM, CNL is a Professor of Nursing at the University of Alabama Capstone College of Nursing (CCN). She is also an Emeritus faculty from the University of New York at Buffalo School of Nursing. She has published a number of articles in case management; patient and provider education; and nursing leadership. She has had federal funding for two research projects through the Tri-Service Nursing Research Grant Program and was recently funded for an advanced nursing education grant through the Bureau of Health Professions. Stanton received her PhD in Educational Administration, Instructional Communication from the University of Buffalo, her MS in Business through Salve Regina University, her MA in Nursing at New York University and her BSN and AAS from Mount Saint Mary's College. She earned a post-master's certificate from the UAB School of Nursing in April 2014. She is certified through the American Nurses Credentialing Center in Staff development and continuing education, Nursing Administration (Advanced) and case management. She is certified through the Center for Case Management as a Case Management Administrator. She is also currently certified as a Certified Case Manager (CCM). Stanton also has served on active duty as the Senior Case Manager for Clinical Operations, Southeast Regional Medical Command.

The American Academy of Nursing serves the public and the nursing profession by advancing health policy and practice through the generation, synthesis, and dissemination of nursing knowledge. The Academy's more than 2,200 fellows are nursing's most accomplished leaders in education, management, practice, and research. They have been recognized for their extraordinary contributions to nursing and health care.