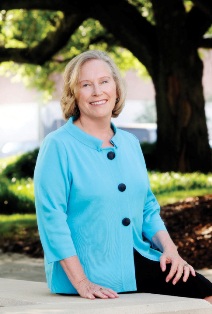 Doreen C. Harper, PhD, RN, FAAN, Dean and Fay B. Ireland Chair in Nursing in the University of Alabama at Birmingham (UAB) School of Nursing, has been appointed to serve a two-year term on the Department of Veterans Affairs National Academic Affiliations Council by Secretary of Veterans Affairs Robert A. McDonald.

The NAAC will provide a forum for joint planning and coordination between VA and the nation's health professions schools and universities. The council will advise Secretary McDonald and Under Secretary for Health Robert A. Petzel on ways to further enhance what has become the largest public-private partnership in VA's history and a cornerstone of American health professions education.

The UAB School of Nursing has significant ties to the Department of Veterans Affairs and Veterans health care. There are a number of programs the UAB School of Nursing offers or participates in that are geared toward veterans and their families. These include the VA Nursing Academic Partnerships in Graduate Education (VANAP-GE), the only one of its kind in the country. Created with a five-year grant from the Veterans Health Administration to the Birmingham VA Medical Center, the program will put 48 new psychiatric-mental health nurse practitioners into the VA workforce over the next five years.

The School also has partnered with the Birmingham Veterans Affairs Medical Center on a residency program for mental health nurse practitioners also designed to put more nurse practitioners into the VA pipeline to address the mental health needs of a growing veteran population. The program, created by a three-year pilot grant from the Veterans Health Administration Office of Academic Affiliation to the Birmingham VAMC, is one of only four in the country. The residents work Monday through Friday, 40 hours per week, and rotate through eight different interprofessional teams – made up of psychiatrists, social workers, psychologists, pharmacists and other health care professionals – treating a variety of mental health issues, including PTSD, substance abuse and chronic mental illness. The residents will spend a month with each team and not only learn more about working with these disorders, but also how to work with other mental health care professionals.

Click here for more information on the UAB School of Nursing's work with Veterans.
Read 8197 times Last modified on November 20, 2014
Tweet
Tagged under