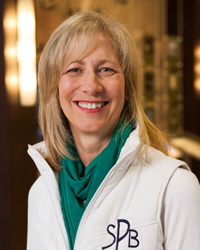 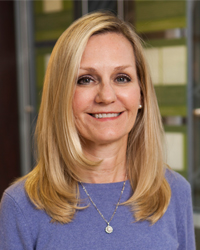 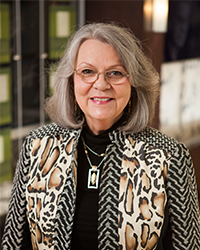 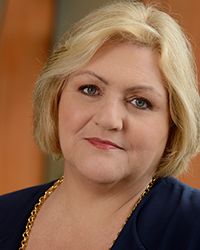 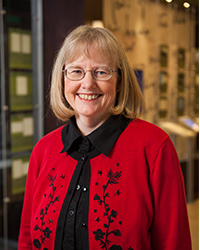 In response to its growing programs, the University of Alabama at Birmingham (UAB) School of Nursing has added a number of new faculty, many of them at the senior level, and has made three new graduate program leadership appointments.

In the past year, 25 new faculty have joined the school's roster, many providing key teaching and research leadership and expertise in established strategic priority areas. This also is in response to the School's growth over the past 10 years – a 300 percent increase in graduate students, 200 percent increase in the total number of students, and overall sustained grant funding that has increased by more than 160 percent.

"These academic leaders are key recruits for the UAB School of Nursing as we develop the next generation of nursing leaders who will transform health and meet emerging health care demands locally and globally," said Dean and Fay B. Ireland Endowed Chair Doreen Harper, PhD, RN, FAAN.

• Professor Susan B. Patton, DNSc, PPCNP-BC, AFN-BC, FNAP, FAANP, is a board certified pediatric nurse practitioner in a rural primary care practice that also works with victims of child abuse and sexual assault. Her practice has included sexual assault evaluation and child death investigation in a medical examiner's office. She has been the Project Director for two large HRSA grants to develop DNP Forensic education and most recently she directed a HRSA grant for interprofessional education. Dr. Patton also developed the first Advanced Forensic Nursing DNP program, at the University of Tennessee, in 2002. She is former President of the Forensic Nurse Certification Board, is a Content Expert Reviewer for the American Nurse Credentialing Center (ANCC), and current Chair of the ANCC Expert Panel for Forensic Nursing Credentialing. Dr. Patton has received the Award for Teaching Excellence and State Award for Excellence American Association of Nurse Practitioners (AANP) and is a Fellow in the AANP.

• Associate Professor Patricia Speck, DNSc, APN, FNP-BC, DF-IAFN, FAAFS, FAAN, also has been named Program Director for Global Outreach in the School. She is an internationally recognized family nurse practitioner and researcher in public health-forensic nursing practice globally, is experienced in policy and curriculum development, program evaluation, and is a consultant to programs nationally and internationally responding to violence and subsequent health disparities in Africa, Eurasia, Caribbean and the Americas. She was awarded funding in January 2015 from the US Department of Justice for a project to help combat the reduced minority-victim reporting in sexual assault and abuse and subsequent prosecution decisions that continue to affect minority women adversely in the health and criminal justice systems. Dr. Speck is a Distinguished Fellow in the International Association of Forensic Nurses (IAFN), Fellow in the American Academy of Forensic Sciences (AAFS) and American Academy of Nursing (AAN).

• Associate Professor Marisa Wilson, DNSc, MHSc, CPHIMS, RN-BC, is an expert in nursing informatics and has more than 20 years of experience as an epidemiologist, systems analyst, project leader, and manager in public health and clinical information systems development, implementation, and evaluation. Her research interests include technology implementation impact on the point of care, evaluation processes, healthcare information technology policy, new system and product development, computational terminology development, and actionable knowledge via technology at the point of care. She is currently overseeing work on the TIGER Virtual Learning Environment (VLE), which will serve as a repository for informatics competency education for international and interdisciplinary health care providers andis involved in a big data driven project to move nursing concepts into SNOMED and LOINC.

• Associate Professor Wendy Landier, PhD, CRNP, joins the school in a secondary appointment. Her primary appointment is in the UAB School of Medicine, Division of Pediatric Hematology/Oncology, and she is a member of the newly created Institute for Cancer Outcomes and Survivorship. Landier is an internationally recognized expert in pediatric oncology and survivorship care, and she played a leadership role in the development and publication of the Children's Oncology Group Long-Term Follow-Up Guidelines. Her research is focused on improving outcomes in childhood cancer survivors, and she is co-leading two R01-funded studies: Human papillomavirus vaccine in cancer survivors, and improving medication adherence in children with leukemia. She currently serves as Chair of the Children's Oncology Group Nursing Discipline, the National Cancer Institute supported pediatric clinical trials group, where she leads over 2000 registered nurses in ensuring quality care for children and adolescents enrolled on COG clinical trials, and is responsible for setting the nursing research agenda within the COG. She has been a member of the Association of Pediatric Hematology/Oncology Nurses (APHON) for more than two decades and has received numerous awards from the association including APHON Counts Award, Casey Hooke Distinguished Service Award and the Jean Fergusson Excellence in Education Award.

• Associate Professor Susan McMullan, PhD, CRNA, joins the School as Nurse Anesthesia Specialty Track Coordinator. Dr. McMullan has been a CRNA for more than 27 years and has clinical expertise in a number of areas, including pediatric and cardiovascular anesthesia. Previously, she served as an Assistant Professor, Director of Simulation Education for Nurse Anesthesia, and Nurse Anesthesia Program Director at Rosalind Franklin University of Medicine and Science; was on faculty at Rush University Graduate College of Nursing; and was a CRNA at Ann and Robert H. Lurie Children's Hospital, all in Chicago. Her research focus is on organizational structures and patient safety in nurse anesthesia practice. She is the recipient of a number of awards including a 2014 AANA Foundation Doctoral Fellowship, which supports CRNAs actively engaged in doctoral studies that evidence a strong commitment to research with the vision to impact the health care system.
Additionally, Laura Wright, PHD, MNA, CRNA, who has been interim nurse anesthesia specialty track coordinator since the program moved from the School of Health Professions in to the School of Nursing in 2012, will serve as the assistant coordinator of the track. Wright has been with UAB since 2002 and her program of research centers around substance abuse among anesthesia providers. Wright earned her doctorate in nursing and master's in nurse anesthesia from UAB.
"We are fortunate to recruit these exceptional senior ranked faculty from across the country to support the ongoing reach for excellence at UAB's academic health science center and in the School of Nursing," Harper said.

Two other positions in the School's graduate program also have new leadership.

Associate Professor Ashley Hodges, PhD, CRNP, WHNP-BC, has been named Assistant Dean for Graduate Clinical Programs. She served as Interim Assistant Dean for the past two years and during this time led major curriculum and policy changes that have strengthened the School's graduate programs. She is certified as a Women's Health Nurse Practitioner and has more than 24 years' experience in maternal-child health nursing, administration and education. She is nationally known for her leadership and expertise in curriculum development and evaluation, and her research focuses on improving graduate nursing education. Hodges has a number of appointments on national boards and committees, including the Association of Women's Health, Obstetric ad Neonatal Nurses Board of Directors and Public Policy Committee.

Associate Professor Karen Heaton, PhD, CRNP, FNP-BC, has been named Coordinator of the School's PhD Program – the only one in Alabama. She replaces David Vance, PhD, and Rita Jablonski-Jaudon, PhD, CRNP, ANP-BC, FAAN, who are returning to the faculty roles to focus their efforts on their funded programs of research. Vance is a nationally recognized expert on neurocognitive aging and HIV. His current studies focus on transcranial direct current stimulation, olfactory dysfunction and cognitive perceptions, among others. Jablonski-Jaudon is an internationally renowned expert on improving the lives of older adults, especially those who reside in nursing homes. Her research centers on interventions to improve oral hygiene for persons with dementia who resist care.
Heaton is well positioned to assume leadership of the PhD Program. She has taught many of the courses in the program and was an active participant in its curriculum revision by developing key foundational courses. She has mentored a number of PhD students whom she has engaged in her program of research – Heaton is a nationally known expert on occupational health and safety, and her funded research program focuses on the effects of sleep deprivation and obstructive sleep apnea on cognition and injury risk.

Both are alumni of the UAB School of Nursing, with Hodges earning her master's and doctoral degrees and Heaton her bachelor's degree.
"The UAB School of Nursing continues to grow academic nurse leaders who distinguish our School nationally and internationally as demonstrated in these two appointments," Harper said.
Read 10251 times Last modified on March 27, 2015
Tweet
Tagged under